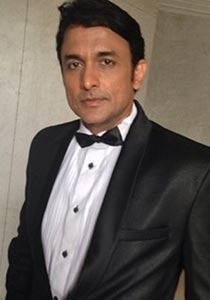 Details : Since his debut as an actor, Ajinkya Deo, son of Ramesh Deo and Seema Deo has been consistently performing in Marathi films for almost 30 years now. Though he made his debut with ‘Ardhangi’ in 1985, it was his home production ‘Sarja’ that brought him name and fame. This film had also won National award for best Marathi film in 1987. His journey is still on in Marathi films, getting a chance to play variety of roles. His latest released film was ‘Bhatukli’ where he played the lead role of an industrialist, searching for happiness.

Having performed in about  30 Marathi films, Ajinkya has also performed in a dozen of Hindi films, with prominent roles. His brother Abhinay Deo is director of Hindi films. Ajinkya was also seen recently in Anil kapoor’s TV series ‘24’. He was also appointed as the Executive Director of Prabhat Entertainment TV channel, which started in 2000 and closed down in 2002. And, that gave him time to return back to Marathi films. His home production  ‘Ek Krantiveer: Vasudev Balwant Phadke’ in 2008 was a big project in which he played the title role of the great freedom fighter of India. Right from Alka Kubal to today’s popular actress Saie Tamhankar, he has performed with many leading actresses and worked with reputed directors.