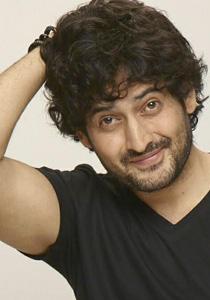 Amitriyaan Patil, the  tall and handsome model of BPL Mobile joined films, when Sageet Sivan signed him as lead actor for his experimental film 302’ .Later, Amitriyaan made his debut in Marathi, through ‘Manya –The Wonder Boy’ and even won the best debut award in 2011. Later, ram Gopal  Verma casted him as a parallel hero in his ‘Satya-2’ in 2013. Amitriyaan made a great comeback into Marathi films, with  ‘Rajwade & Sons’, where he played actual hero of this film.

Amitriyaan loves music and plays guitar, during his free time and composes poems and songs. Born and brought up in Akola , he is an Engineer in Polymer technology. Later, he did  his post graduation from Mumbai in Advertising & Public relations. At present, he is working on an international project, which is a film made by Ukranian film maker.