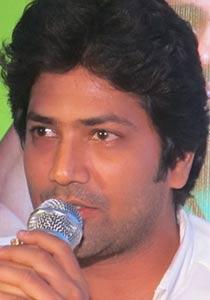 Details: Aniket Vishwasrao was studying in his second year of college, when he was selected to perform in a professional Marathi play ‘Nakalat Saare Ghadale’; and that too opposite stalwarts like Vikram Gokhale and Savita Prabhune. And, working with these versatile artistes, boosted his confidence. Next he was in TV serial ‘Oon Paus’ and then it was his popular serial ‘Kalat Nakalat’ where he played an important lead role. And, this role opened the doors of Marathi films for him.

Aniket had earlier performed in a Hindi film ‘Hawa Aane Do’ along with Nishikant kamat, who was with him in a parallel role. Thereafter, he has played variety of roles through films like ‘Aghor’, Fakta Ladh Mhana’,’Bakharkhadi 7 kms’ and now in ‘Poster Boyz’ all set to release.  But, his role of a young Doctor posted in a village on punishment, in ‘Bakharkhadi 7 km’ was the most memorable one.