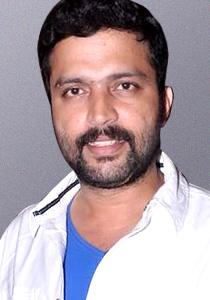 Details : Tall and handsome Ankush Choudhary is one such Marathi actor, who has the personality of a Bollywood hero. No wonder, he has also acted in Hindi films. Mumbai born Ankush has also directed few Marathi films, besides acting in the same. He first came into the limelight through a role in Marathi film ‘Soona Yeti Ghara’, in 2004, after which he received offers from many films and has not looked back thereafter.

Ankush also performed in few Marathi Tv programmes like ‘Eka Peksha Ek’ and ‘Bedhund Manachi Lahar’.  He has many films in hand. Ankush is married to Deepa Parab, also an actress.  His close friends in Marathi film industry are Bharat Jadhav and Kedar Shinde, with whom, he has performed on stage, during his initial period.