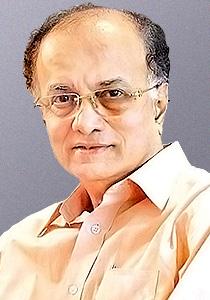 Details : Dilip Prabhavalkar is the most versatile and popular actor in Marathi entertainment industry. After acquiring Bachelors degree in Chemistry from Ramnarain Ruia College, Mumbai, Dilip Prabhavalkar gained a Master's degree in Biophysics and a diploma from the Bhabha Atomic Research Centre, Mumbai. Thereafter, he worked in a pharmaceutical company and later as a partner in a video production unit. It was during this period, he got associated with several children's and experimental plays performed and staged at Chhabildas hall, Dadar.

His first major performance was through a Marathi play ‘Lobh Nasava Hi Vinanti’ written by Vijay Tendulkar and directed by Arvind Deshpande. In 1991, he finally decided to choose acting as a career. He later gained huge popularity, as a TV actor, because of his role as Chimanrao in popular television serial ‘Chimanrao Gundyabhau’ based on a series of short stories by C.V. Joshi. His performance  in a Marathi TV serial ‘Shriyut Gangadhar Tipare’ , as Gangadhar Tipare also gained a huge popularity. In this serial he portrayed an old man, in  a joint family. The serial highlighted social issues faced by common man.

Dilip Prabhavalkar reached the popularity heights because of his portrayal of Bapu, in ‘Lage Raho Munnabhai ‘Hindi film. Earlier, he had become popular through the character of Tatya Vinchoo through Mahesh Kothare’s film ‘Zapatlela’. Prabhavalkar also offered his voice for the sequel of this film, last year. He has already received state award for best actor, for his portrayal of a disabled person in the film ‘Chaukat Raja’ Mr. Prabhavalkar  was awarded the prestigious Bal Gandharva Puraskar in June 2006. Followed by National Award, for best supporting twice, for his supporting roles in films ‘Shevri’ ( Marathi) and ‘Lage raho Munnabhai’( Hindi). Four years ago, he received the Sangeet Natak Akademi Award for his contribution as an actor to Indian Theatre. 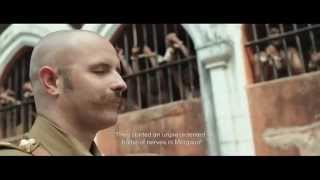