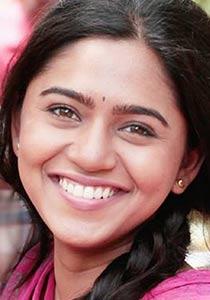 Details: Among the very few Marathi artistes who have made their acting debut through Hindi, is Mrunmayee Despande. Mrunmayee began her acting career through a Hindi film ‘Humne Jeena Seekh Liya’ in the year 2008; when she played a teenager, in that adolescent love story. As a student of Renuka Swaroop High school and S.P. College, both in Pune; Mrunmayee took active interest in Marathi stage, as she not only performed at the intercollegiate competitions but also directed plays, which won prizes.

Mrunmayee made her debut in Marathi cinema, through ‘Ek Cup Chya’; but her performance in popular Marathi TV serials ‘Agnihotri’ and ‘Kunku’ brought her name and fame. Then it was through Kanchan Adhikari’s Marathi film ‘Mokala Shwaas’, brought her more film offers. Mrunmayee was then part of humour filled films like ‘Sanshay Kallol’, ‘Dham dhoom’ and ‘Aandhali Koshimbir’. But, her performance in a love story ‘Pune Via Bihar’ was more appreciated.