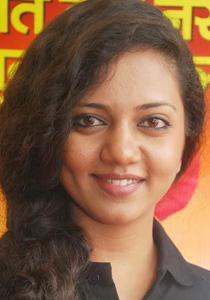 Neha Joshi is one such actress in Marathi , who has been simultaneously  performing in all the three areas of acting, i.e. stage, television and films. She has also done few Hindi projects. Neha stepped into films through Pramod Prabhulkar’s 2009 film ‘Sundar Majhe Ghar’. Later, in Avadhoot Gupte’s ‘Zenda’, she played a prominent role of a event manager.  In  the film ‘Dream mall’ she played lead role opposite Siddharth Jadhav.

Very talented actress that she is, Neha has performed variety of roles, from comedy, social  to action films. Neha likes to read books and watch Marathi dramas.