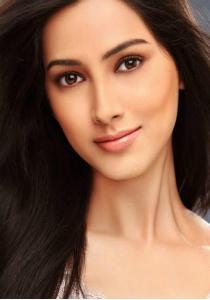 Pallavi Subhash  is popular model-turned actress, who has performed in Marathi  films, Marathi & Hindi TV serials , TV  commercials, and plays.  Even today, she is popularly recognised as ‘Cadbury Girl’ . After completing her graduation,  She made her debut as an actress, with a Hindi serial Tumhari Disha. Later, she performed in many Hindi serials, followed by  few Marathi serials . Pallavi made her debut in Marathi films in 2005, through film ‘Kunku Zale Vairi’  and was also nominated for the 'Best Actress Zee Gaurav Award' for her performance in this film.

Very  next year,  she performed  in another Marathi film ‘Aaila Re!’  After seven years she made a comeback to films,  with three Marathi projects, Atul Kale's ‘Asa Me Tashi Tu’ followed by  Tejas Deoskar's ‘Premasutra’ with Sandeep Kulkarni  and  with Gashmeer Mahajani  in ‘Dhava Dhava Khun Khun’ . Her last film was ‘Happy Journey’ in 2014, in which she played a Goan girl Alice.