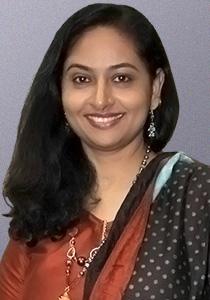 Details : There was a time, when women at home used to wait for the telecast of Marathi serial ‘Damini’ on DD Sahyadri channel. Prateeksha Lonkar had so much of impact on them. Born in Aurangabad, she moved to Mumbai, to take up acting career seriously. Prateeksha also performed in Hindi besides ‘Damini’. When she entered Marathi films, every film of hers was touching upon a sensible subject.

Her portrayal of Sudha, a mother who is separated from her son after her divorce, in the Marathi film ‘Bhet’ released in 2002, won her awards and appreciation. Later, for the film ‘Aevdhe Se Aabhaal’ also she won awards for her notable performance.  Prateeksha also acted in several Hindi films, including all the four films directed by Nagesh Kukunoor namely Iqbal, Dor, Aashayein and Mod. She was also seen in Salman Khan’s film ‘Wanted’. Prateeksha is married to Marathi screenplay writer Prashant Dalvi.