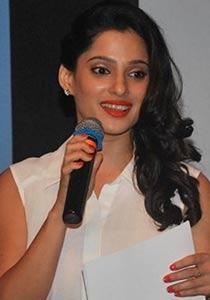 Details: When Priya Bapat was performing on television, no one noticed her talent. She had also  made her debut in Marathi films, through Dr. Jabbar Patel's film ‘Dr Baba Saheb Ambedkar’ as young Ramabai;  but, when she performed small but important character roles in hit Hindi films like ‘Munnabahi MBBS’ and ‘Lage Raho Munnabhai’; her talent was not only noticed by Hindi film makers but also Marathi film makers. The confidence with which Priya performed those scenes, clearly indicated her ability to do more challenging roles.