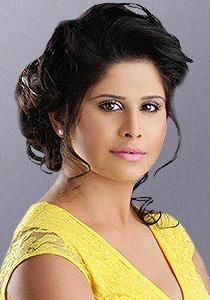 Details : When Sai Tamhankar made her acting debut in Marathi, she did not receive much attention, in spite of her good performance. She was very much there in Shreyas Talpade’s film ‘Sanai Choughade’. But, her bold glamorous roles in some of the recent films like ‘No entry Pudhe Dhoka aahe’, ‘Pune 52’, ‘Duniyadari’ and ‘Time Please’ were well accepted by her fans. In fact, her character of Shirin in the movie ‘Duniyadaari’, became more popular among young film lovers.  Sai was also part of films like ‘Sou Shashi Deodhar’,’Rita’ and ‘Post Card’.

Born in Sangli, Sai studied in Chintaman College of Commerce, during which period, she performed on stage actively, by taking part in inter-collegiate competitions. She also won best actress award for the play ‘Aadhe Adhure’; when she finally decided to move to Mumbai, to make her career in films. But, her first break came via Marathi TV serial. Sai performed in serials like 'Ya Gojirvanya Gharat'. ‘Agni Shikha’, ‘Sathi Re’ and ‘Kasturi’(In Hindi) . She was also part of Hindi films like ‘Ghajini’ and ‘Black and White’ through small roles. But, it was ‘Sanai Choughade’ which brought her into Marathi films. Today, after success of ‘Duniyadari’ she is in great demand in Marathi film industry. Sai is married to Amey Gosavi, who is also from the film industry. 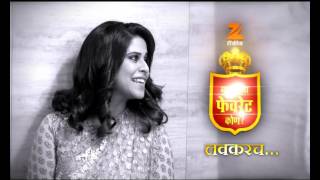