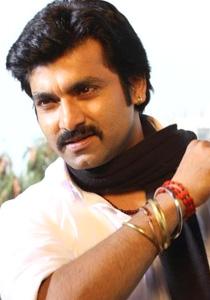 Popularly known as ‘Angry Young Man’ of Marathi films, Santosh Juvekar has however played variety of roles in Marathi TV serials. He made his film debut through 2006 film ‘Blind Game’ which was produced and directed by Rajiv Patil. But, he came into limelight, only with Avadhoot Gupte’s film ‘Zenda’. Santosh has done about 25 films in last nine years, with his good performances noticed in films like ‘Morya’, ‘Fakta Ladh Mhana’, ‘Ringa Ringa’,’Matter’,  ‘Ek Tara’, ‘Rege’ and latest released film ‘Biker’s Adda’. One of his film, is yet to release.

Now days, he is back to television and perhaps waiting for a suitable role in Marathi films. Most of his films were multi starrers or with parallel hero image. Therefore, he has yet to prove as a successful solo hero, in Marathi films