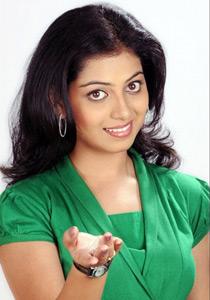 Details: Smita Shewale, young and talented Marathi actress from Pune, made her debut in 2006 with Kedar Shinde’s Marathi film ‘Yanda Kartavya Aahe’ opposite Ankush Choudhary. Since then, she has played a variety of roles opposite many popular actors, in about ten Marathi films and five TV serials. Smita is an expert Bharat Natyam dancer and has also performed in reality dance shows on television. Her latest film was ‘Ekta Ek Power’ in which, her performance was appreciated by everyone. Smita also has some memorable roles in TV serials like ‘Kalay Tasmay Namha’,’Shrimant Peshva Bajirao Mastani’ and ‘Savitri’.

Smita Shewale is a kind of an actress who can fit into any type of role; be it a comedy, action or serious type of film. In the year 2013, on the Valentine’s Day, Smita tied knot with her longtime boy friend Rahul Odak.