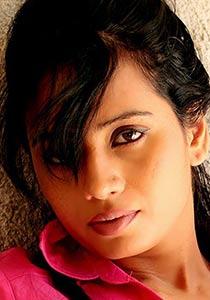 Details : Smita Tambe is a well known Marathi film actress who is known for some of her excellent performances in good award winning films like 'Tukaram', 'Jogwa', 'Deool' and '72 Mail Ek Pravas'.  Born in the Satara district of Maharashtra, Smita was brought up in Pune.  She later  moved to Mumbai to pursue a career in Marathi films and television. She didn’t start in a big way, but her performance was noticed when she played an important  character in Marathi TV serial 'Anubandh'.

Like any new actress, Smita had to struggle initially; but her performance in Marathi film ‘Jogwa’, brought her into limelight. Last year she played lead role in Akshay Kumar’s first Marathi film '72 Mail- Ek Pravas' and her performance in this film has already been appreciated with awards coming in. Smita has a long way to go and one expects her to receive more and more challenging roles.