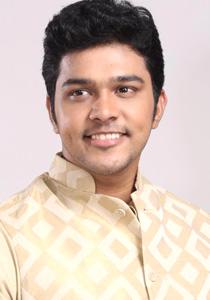 Suyash Tilak originally from Pune, is the popular TV star and the most eligible bachelor in Marathi film industry. Having performed on stage and TV serials, Suyash gave the glimpse of his acting talent, when he was noticed along with Aniket Vishwasrao, in the role of a Journalist,, in the Marathi film ‘Bhakarkhadi  7 Kms’. Thereafter, he found a prominent role in popular commercial film ‘Classmates’. He also did a cameo in another popular film ‘Coffee Aani Barach kahi’.

Today, he is busy with Marathi TV serial ‘Ka Re Durava’, but his forthcoming film will be ‘Priya Aais’. Suyash loves adventure and water sports.