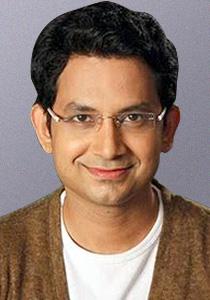 Details : Talented Marathi actor Umesh Kamat made his film debut in the year 2006, through the film ‘Kaaydycha Bola’, followed by a sensible film ‘Samar - Ek Sangharsha’ released very next year. But, for this film, he won Maharashtra State Award, for the best actor. On television, he has performed in 7 popular serials, including ‘Vadalvat’ and ‘Abhalmaya’. But, he became a popular TV actor through ‘Asambhav’, in which he played the main character of Adinath Shastri. He also attained popularity as a stage actor during the year 2012 through a sensational play ‘Man Udhan Varyache’ where he played the lead role of an adolescent boy Mayuresh, who falls in love with a neighbouring middle aged woman, played by Vandana Gupte.
At present, his TV serial ‘Eka lagnachi Teesari Goshta’ has become very popular. After working together with his co star Priya Bapat in hit Marathi play ‘Nava Gadee Nave Rajya’; both of them got married. And the couple worked together in the film ‘Time please’ which was cinematic presentation of this play. 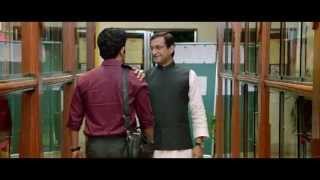