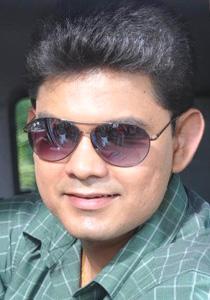 Few years ago, when he entered acting field, he was recognised as son of Vijay Chavan, popular veteran actor of Marathi cinema. But, today, Varad Chavan has made his own identity, with portrayal of variety of roles in Marathi films and television. Blessed with a good height of 6’ 1’’ , Varad makes his presence felt , be it on the sets or film functions. His much awaited film ‘Dhangarwada’ is all set to release soon.