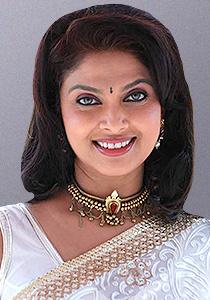 Details : If there is any Marathi actress, who has physically maintained herself very well for the past thirty years, she is none other than Varsha Usgaonkar. The evergreen actress, still has the charm and enthusiasm, when it comes to performing in a Marathi film or a TV serial.

Originally from Goa, Varsha was not only a successful actress in Hindi; but has also performed in many Bollywood films. Varsha Usgaonkar first came into limelight with her lead role in popular Marathi play 'Brahmachari'. And thereafter, it did not take much time for her to find her entry into Marathi films. Sachin’s 'Gammat Jammat' was her debut film, followed by 'Hamal De Dhamal', 'Saglikade Bombabomb', 'Sawat Majhi Ladki', 'Shejari Shejari', 'Ek Hota Vidushak', 'Lapandaav', 'Aflatoon' and many others.


She has performed with all the top Marathi actors during 80s and 90s, like Ashok Saraf, Lakshmikant Berde, Ajinkya Deo, Nitish Bharadwaj and others. Varsha was also fortunate to play an important character in B.R.Chopra’s mega TV serial ‘Mahabharat’. Though she has shifted to character roles in films and TV serials, she still invites all the attention of the audience. Varsha is the daughter of former Deputy Speaker of Goa AKS Usgaonkar. In the year 2000 , she married Ajay Sharma, son of Indian film music director Ravishankar Sharma (popularly known as Ravi) .