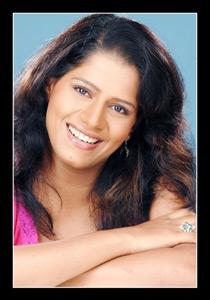 Born as Vibhavari Dixit, she was brought up in Pune, where she did her schooling from Garware High School, and graduated from Fergusson College in Arts and Mass Communication. Vibhavari began her acting career while she was still in college.  She also attended various courses organised by National School of Drama, Delhi and workshops conducted by noted theatre personality Satyadev Dubey. While working for drama, she mainly worked off-screen in writing department. She has also written dialogues for the Marathi TV serial ‘Agnihotra’.

Vibhavari received her first acting break for a cameo role as a receptionist in the multi-award winning 2004 film ‘Shwaas’. This was followed by a role in Smita Talwalkar's film ‘Saatchya Aat Gharat’. Here she played, one of the seven college students around whom the story revolves. Vibhavari is also active with Indo-German group "Grips" theatre that produces plays for children.

Vibhavari has also done character roles in few Hindi films, but her performance in ‘Harischandrachi Factory’, ‘Natarang’ and ‘Balagandharva’ invited the attention of critics and film lovers. She has always been part of good quality films for the past few years. Vibhavari married Hrishikesh Deshpande few years ago.