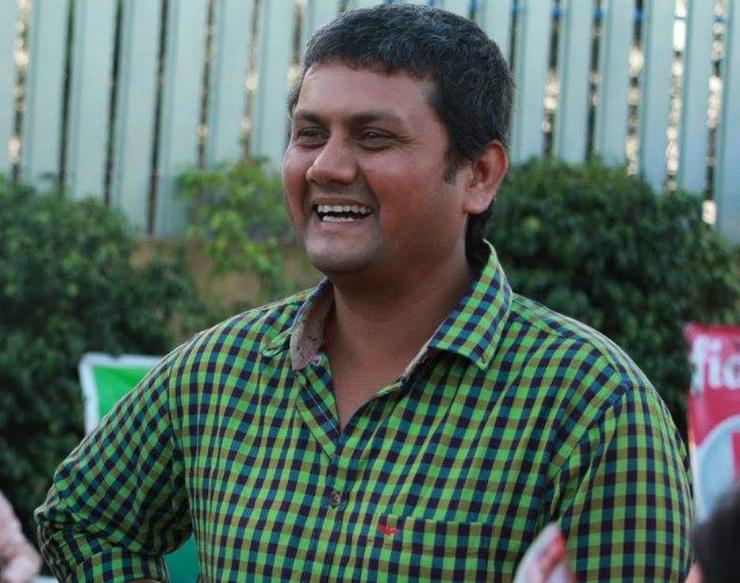 Share this
As a director of TV serials and films, Bharat Gaikwad has always maintained a low profile till now. Not many are aware that after assisting stalwarts in Bollywood like Lekh Tandon and Ramesh Gupta, Bharat had an opportunity to direct Hindi serials like Insaf, Kitty Party (in Hindi) and Avantika and Jagavegali in Marathi. When Sanjay Surkar was directing Avantika, he offered Bharat to shoot for his serial, 15 days a month. Some people in Indonesia were so impressed with his work that they invited him to their country to make TV serials and also train their people. So Bharat lived in Jakarta for 4 years. After returning, he worked on few TV serials, including detective serial Laksha. Bharat directed initial part of Laksha and even directed a film Dhava Dhav which was offered to him.  Now, his ambitious project Bhobho is releasing on April 22, 2016 and Bharat is hopeful that Marathi film lovers would appreciate his unusual detective story.

Zeetalkies spoke to Bharat recently, when he spoke about his film. “The one liner of this story was given to me, by a friend of mine and I liked the idea. But, to expand it for cinematic form was a difficult task. It took a long time. When I finished with the entire script, once again I sat with my friends to decide as to who would fit into the lead character of Vyankatesh Bhonde and then came the name of Prashant Damle. I said, ‘Why Not!’ I approached him and he was more than impressed with my hard bound ready script. That’s how, Prashant came into the film. When I approached Subodh Bhave for another important character in this film, he went through the script and his part and asked me, who was playing Mr. Bhonde. When I told him the name of Prashant, he immediately agreed to work for my film. Deciding on other characters wasn’t very difficult as I picked up all versatile stage artistes, known to all,” explained Bharat.

“Initially, I was not aware of the No Objection Certificates required from animal societies and government authorities, as we were shooting with a dog. Also I wanted to shoot in a veterinary hospital in Mumbai. But, all this was possible through timely help coming from my close friend. I have shot this film at a lot of new locations.  As an actor, Prashant has tremendous potential.  I tried to exploit it and he has done his job very well.  All other artistes in this film have also responded very well. They had a great team work. I am sure, our Marathi viewers will welcome my new subject, offered through this detective film,” he concluded.