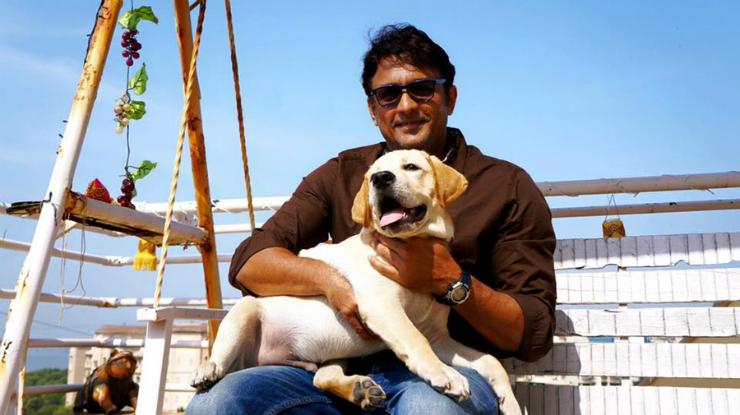 Share this
Changes take place in every field with the passage of time. One has to accept them so as to adjust themselves. Ajinkya Deo is well aware of these things. This was noticed when we had a little chat with him recently.

“27 years ago, I entered this field with the blessings of my parents with me. People welcomed me and had hopes from me, because I was the son of Ramesh Deo and Seema. This was an opportunity as well as a challenge for me. Whatever happened over the years, I had to prove myself, and this journey is still going on,” explained Ajinkya Deo.

During these three decades, Ajinkya has noticed a big change in Marathi cinema. How does he look at it? Ajinkya says, “Marathi films of the late 80s dealt with a middle class mentality and culture. The atmosphere on the sets was very social and almost like a family. In short, it was very friendly atmosphere. Now, the production of Marathi films has gone up; but not all the film makers are able to do proper promotion of their films, or find sufficient theatres for their films. This should not happen. Small and medium budget film makers need to survive in this industry. One should not forget that during the bad phase of Marathi film industry, they were the people who helped for the survival of Marathi film industry.”

He continues, “Today the work culture has changed. There is a lot of freedom given to artistes, which is not really necessary. Nobody is against freedom of behavior, but an actor should not forget that he belongs to the field of art. That’s what I feel.”
Tags: Ajinkya Deo