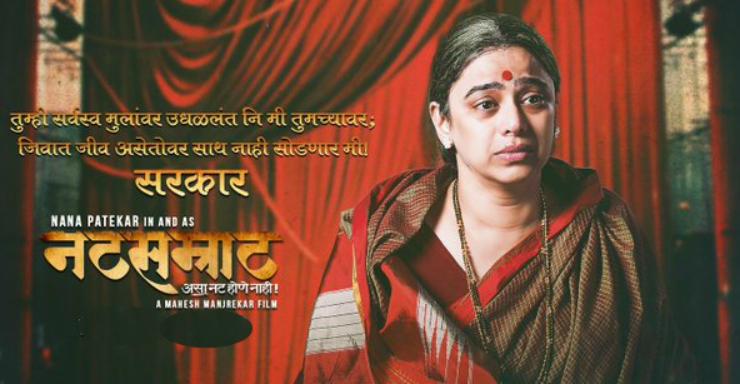 Share this
When an artiste receives praise from reputed personalities for performance of his or her challenging role, it’s always a great feeling. Medha Manjrekar experienced this recently. During our recent meeting with her, she explained; “The role of Kaveri, portrayed by me in the film ‘Natasamrat’, has been receiving compliments from social and cultural sections of the society. But the biggest compliments came from renowned classical singer Kishori Amonkar. She praised my performance so much that I was simply speechless. Even noted actress and director Vijaya Mehta was all praise for my performance. I am so happy about it.”

Actually, this role came to Medha unexpectedly. She states, “Even at the time of ‘Kaksparsh’, some other actress was to play the role which later came to me. When all the artistes for ‘Natasamrat’ were  finalized, Reema Lagoo opted out at preparatory stage and I had to accept this role of ‘Kaveri’. Initially, it was difficult for me, as on one side was my husband and director Mahesh Manjrekar and on the other side was a renowned actor like Nana Patekar. Though it was a challenge, I managed it. But I never expected that my performance will be appreciated so much. I am feeling very happy about it.”

When asked whether she has accepted any new films, she says, “No, till release of ‘Natasamrat’ I did only one film ‘Bandh Reshmache’. Besides this film, I had no other offers. Now after the success achieved by ‘Natasamrat’, I might receive some offers. But instead of saying yes to all of them, I wish to be selective. Only if there is anything special, I will take it” she concludes.