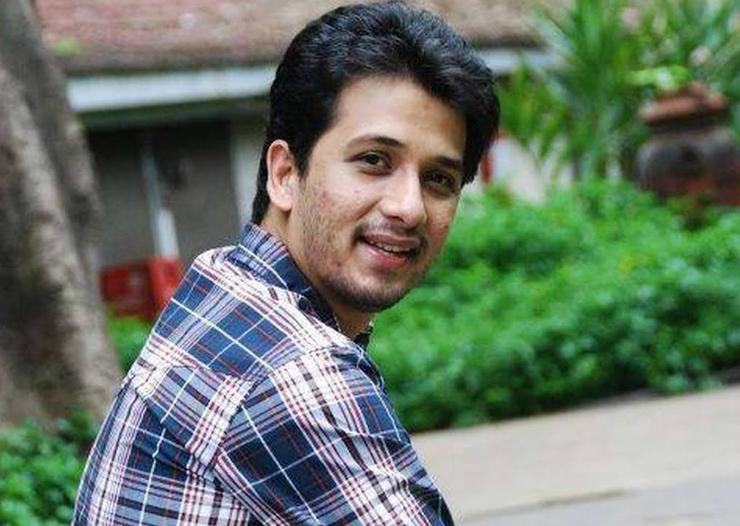 Share this
We have seen the talented Abhijeet Khandkekar anchoring various film awards shows, music releases and first look ceremonies very efficiently. In fact, he is the most popular anchor among youngsters in the Marathi film industry. It may be recalled that Abhijeet began his career in media as a Radio Jockey, before entering the acting field. But before that, he was a popular master of ceremonies. Recently, we saw him anchoring the function of his friend Mrunmayee Deshpande, when she unveiled the first look of her film ‘Anuraag’, which is also produced by her. During this function, Mrunmayee didn’t forget to shower praise on Abhijeet, in appreciation of his work.

When we met Abhijeet after this function, we asked him about his ongoing film assignments. The stylish and talented youngster was quick to mention the name of his film ‘Bhay’. Incidentally, ‘Bhay’ has been shot at foreign locations, including the picturesque Dubai. In this film, Abhijeet is playing a challenging role of a schizophrenic youngster. Besides this film, he has two more projects in hand. After having performed in films like ‘Jai Maharashtra Dhaba Bhatinda’, ‘Mamachya Gavala Jaooya’ and most recent ‘Dhol Taashe’, Abhijeet certainly needs one breakout film to be reckoned among the top Marathi actors. Abhijeet had performed his role extremely well in ‘Dhol Taashe’, but the film didn’t receive much acclaim.

He however, looks confident about his future projects. “Yes, I am working hard and just waiting for my film to achieve grand success. At the same time, I just can’t say ‘No’ to people known to me if they ask me to anchor a programme. But I appeal to all not to brand me as an anchor, as acting is always my top priority,” he concluded.
Tags: Abhijeet Khandkekar