Events during past few months, were really memorable - Amruta Khanvilkar 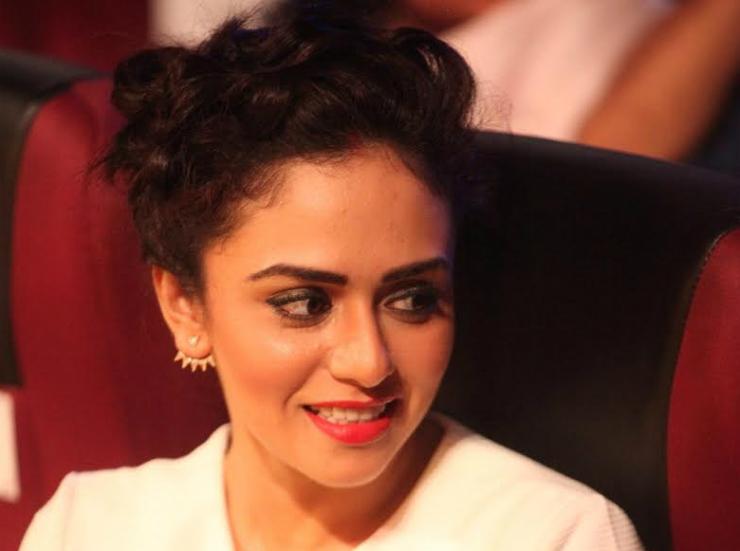 Share this
Among the young Marathi actresses, Amruta Khanvilkar is one actress who has successfully managed to perform in Marathi as well as Hindi films and TV shows. Being an accomplished dancer, she has lots of fan following. She proved her mettle when she went on to win the popular ‘Nach Baliye’ dance reality show, along with her husband Himanshu.

When we met Amruta during the music release of her forthcoming film ‘Katyar Kaljaat Ghusali’ recently, she was very excited after watching the first look and video clips of the songs from this film. “Yes, this is the big moment for me as the music of this film has been released in a grand way. More than that, I am happy that I am playing the daughter of a versatile actor like Sachinji. It was a pleasure working with him, as he is an institution in himself,” she said.

Amruta has been lucky to interact with a number of celebrities like Priety Zinta and Chetan Bhagat during the ‘Nach Baliye’ show, as these two celebrities were the judges of the show. Recently, she was also invited as a special guest in Amitabh Bachchan’s show ‘Aaj Ki Raat Hai Zindagi’. When asked about these meetings, she said, “Being there in front of Mr. Amitabh Bachchan was itself a big moment for me. He is such a wonderful person, who admires the qualities of others.” Amruta was also excited to talk about her ‘Nach Baliye’ experience. “It was an unforgettable experience and I thank all those who voted for me and liked my performance,” she concluded.