Facing The Media Was A More Difficult Task Than Working In A Film! – Rinku Rajguru 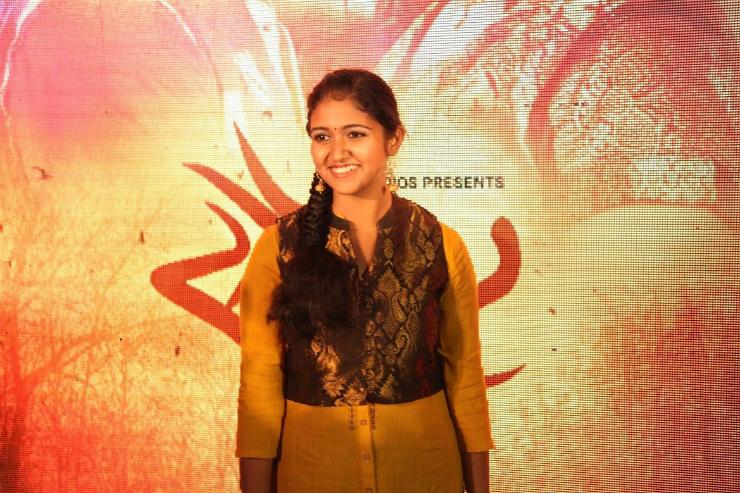 Share this
She was signed for the film Sairat, when she was studying in 7th grade and when the film is about to release by the end of this month, Rinku Rajguru has just given her 9th grade examinations. Fortunately, Rinku has also received a special mention at the recent national awards for her performance in Sairat. Rinku, plays a free spirited college girl Archie in this film. She belongs to Solapur and wants to become a doctor.

Rinku first met director Nagraj Manjule, who is a family friend and had given the audition for this film on December 14, 2013. But, it was exactly after one year, i.e on December 14, 2014, she was selected to play the role of Archie. This was only because, Nagraj Manjule saw his Archie in her and had preferred to wait, because Rinku was small and had to play a college girl.

When we met Rinku recently, during the music release of Sairat, she said that it was a surprise for her, as a reputed director like Nagraj Manjule had full confidence, about her acting potential. “While shooting for this film, I had to drive a Bullet, ride on a horse and even take a jump into a well. I managed it all, after a bit of hesitation initially, to take a jump into the well. Driving a Bullet was easy but horse riding needed practice,” she said.

When asked, how she was feeling after winning the National award for her debut, she said, “It was like a dream. My director had told me that I had done very well and would even win the National award. But, after hearing about this award, I feel extremely happy.”

How she feels, after watching the response to the music launch of all four songs?  And, Rinku said, “I just can’t believe it. It’s like watching a dream come true. But, I was feeling nervous, to face the media,” she concluded.