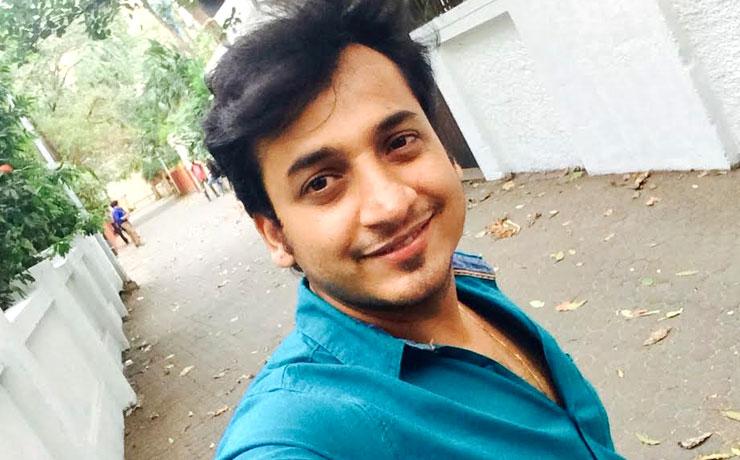 There are many new faces trying to make their presence felt in our Marathi film industry today. One such actor is Sankarshan Karhade. We have been watching him perform in Marathi TV serials and anchoring cookery shows on TV. But now, he is active in films. Recently, when we met Sankarshan at a function, he spoke about his progress in the Marathi film industry.

“In forthcoming Marathi film ‘Nagpur Adhiveshan’ I am playing a central character and I am very eagerly waiting for the release of this film,” said Sankarashan. He further added, “I can say that this film revolves around my character, who is a peon working in Mantralaya. When he is transferred to Nagpur from Mumbai; his transfer is cancelled. Then, there is a debate on this issue in the Assembly session held in Nagpur. This clearly indicates, the importance of my character.”

While working in this film, Sankarshan had an opportunity to work with renowned artistes, so he shared his experiences, saying “This film offered me an opportunity to work with all big artistes like Mohan Joshi, Ajinkya Deo, Makarand Anaspure and Chetan Dalvi. I am happy about it. Actually, I had worked before with Mohan Joshi sir while performing in a play on stage. So I was well aware of his style of working. With Makarandji, I had toured for events abroad. Therefore, I could perform freely with them. It is necessary for an actor to perform in the company of experienced artistes. I am fortunate to find this opportunity at the early stage of my acting career.”

How busy is Sankarashan now, we asked him.  “I am playing an important role in forthcoming Marathi film ‘Bho’. Instead of increasing count of my films, it is better to be selective about the films with good roles,” he concluded.