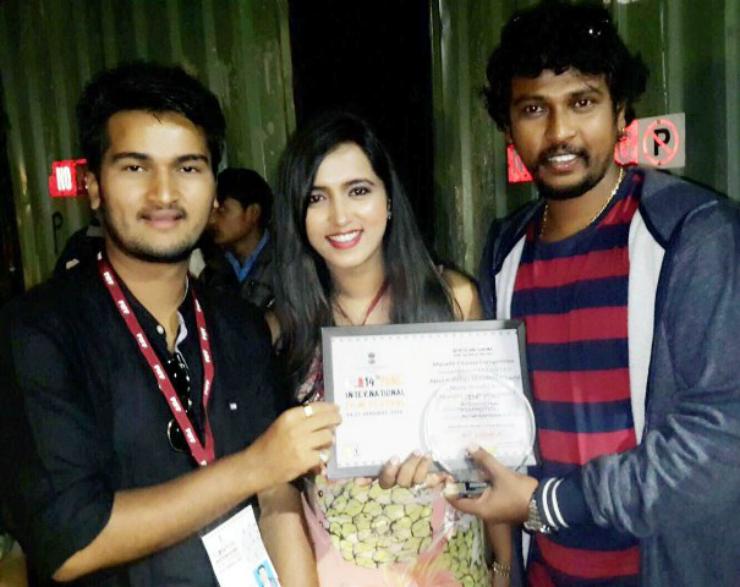 Share this
Amol  kagne’s  Marathi film ‘Halaal’ which has already created a buzz, before it’s release , won two awards at the recently concluded Pune International Film festival. The film was selected in the competition section and has succeeded in bagging the best screenplay and best dialogues award. The award was presented to Nishant Dhapse, the screenplay and dialogue writer of this film.

‘Halaal’ also received very good response from audience, during the festival. Director Shivaji Lotan Patil, who has already won National award for best direction for his debut film ‘Dhag’ was present at this film festival, along with actress Pritam kagne and writer Rajan Khan. The story of this film voices against the marriage system in Muslim community. The film is due for release shortly.