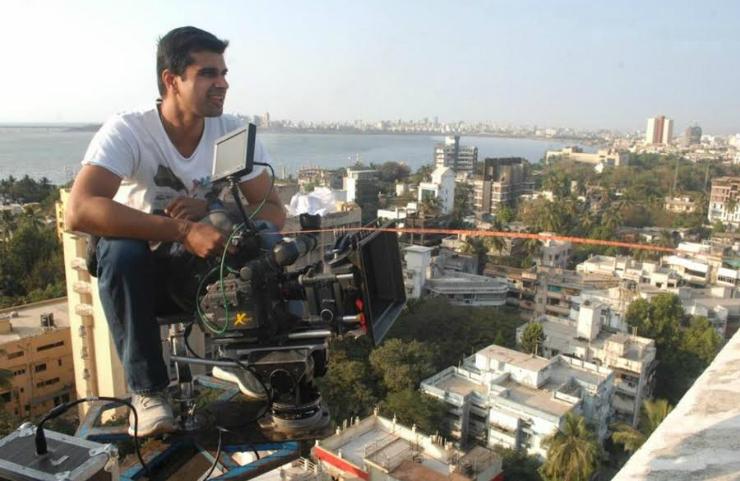 Share this
A good cinematographer has to be innovative. Besides the director of the film, he is an equally important person who not only plans his scenes, but also gives a realistic look to every scene captured through the camera. In the Marathi film industry, we do have some creative cinematographers, and one of them is Prasad Bhende. Actually, Prasad suddenly came into limelight after the release of ‘Duniyadari,’ which also won him several awards for his debut Marathi film. If we go through the list of his films after ‘Duniyadari,’ it comprises of some big names like Mitwa, Lokmanya, Pyarwali Love Story, Welcome Zindagi, Paying Ghost and others. For ‘Lokmanya’ he has also received popular awards for Best Cinematographer, adding one more feather in his cap.

Zee Talkies spoke to Prasad Bhende, when he came for the inauguration of his father’s painting exhibition at Jehangir Art Gallery. A very modest man who generally keeps a low profile, it was difficult to extract too much information from Bhende. Having won the Best Cinematographer’s award on his debut with ‘Duniyadari’, our first question was to know his reaction. “I just did my work with total sincerity. It was thanks to Sanjay Jadhav, who handed over this responsibility to me,” he says.

When asked as to why he chose this profession, Prasad smiles and says, “Actually, I wanted to join the Merchant Navy. But my parents didn’t allow me to. Since my hobby was photography, I then decided to switch over to this profession to make them happy. Today I am doing my work with total commitment and enjoying it.”

But does he believe in destiny?  How good has his association with Sanjay Jadhav been? “Sanjay is a very good friend. I shall always remain grateful to him. Together we make a good team. Recently, I completed the shooting for his film ‘Tu Hi Re’ and really enjoyed working with him once again after ‘Duniyadari’ and ‘Pyarwali Love Story.’

So is this friendship to continue with more films in future?  “Yes” he responds confidently. “ I am working on two big projects with Sanjay Jadhav. These are Shahrukh Khan’s Marathi film and also Sanjay Leela Bhansali’s new Marathi film.”

Popular actor Swapnil Joshi recently complimented Prasad , stating that he was the best there is behind the camera, in Marathi films. Incidentally, Prasad has worked with Swapnil in four of his films, the latest being ‘Welcome Zindagi.’  Prasad has married well-known Hindi and Marathi TV actress Shweta Mahadik, who was recently seen in the Marathi film ‘Lokmanya,’ where she played Lokmanya’s wife. Both met each other on the sets of Marathi serial ‘Kataa Rute Kunala’ and the friendship turned into a happy marriage three years ago.
Tags: Prasad Bhende, Sanjay Jadhav