I am meant for acting only – Pooja Sawant 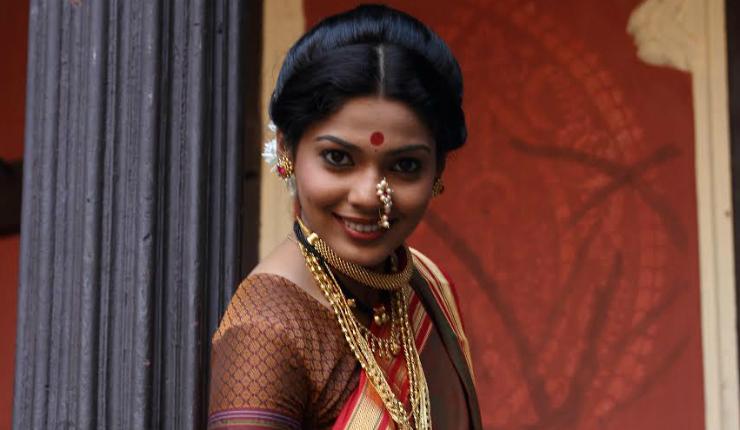 Share this
Ever since she made her debut with Marathi film ‘Kshanbhar Vishranti,’ Pooja Sawant has made considerable progress in her acting career. Now instead of just being part of a multi-starrer film, she is now capable of playing strong lead roles. She is also one of the few actresses who carry traditional Indian costumes as well as modern outfits with an equal amount of grace and charm. Pooja looks more confident now, after having got an opportunity to play variety of roles. Her forthcoming film ‘Nilkanth Master’ is all set for release on August 7, 2015, followed by four other films.

Zeetalkies spoke to this charming actress recently, and she was more than happy to share her experience in the Marathi film industry. Excerpts from an interview:

Q: We have been watching you since your debut in Marathi films. You have been lucky to find a variety of roles, one after the other, in this competitive field. What is the secret to your success?
A:  I never looked at this field as a race for getting roles. I preferred step-by-step progress and took the risk of accepting only those roles which appealed to me. The rest was my dedication to my work.

Q: So, you were confident of yourself?
A: Yes, I was always clear as to what I wanted.

Q: This indicates that you only wanted to become an actress. But what was the second option if you had not become an actress?
A:  I had not even thought about any other profession, as I was sure that, I am meant for acting only.

Q: You are playing the lead role of Indu, in the period film ‘Nilkanth Master.’ Tell us something about your character in the film.
A:  It is a very strong character with different shades of acting; it is what every actress expects from a good role. I am glad that I was selected for playing this character. Really thankful to director Gajendra Ahire, who also added a song for this character, one which was originally not there in the script.

Q: How do you look at the present progress of Marathi film industry?
A: I am glad to be part of this film industry at a time when it has reached that level of high standard where good subjects are being handled creatively.

Q: Tell us about your future projects.
A: I have just completed one film ‘Dagadi Chawl’ with Ankush Choudhary. Then  there is Ajay Phansekar’s ‘Cheater’ with Vaibhav Tatwavdi, with 80% shooting in Mauritius. That is followed by ‘Vrundavan’ with Rakesh Bapat and ‘Story Aahe pan Khari Aahe’ with Aniket Vishwasrao. Luckily, all four roles are totally different from each other.