I Am Only Interested In Making Films Based On Rural India : Ramdas Phutane 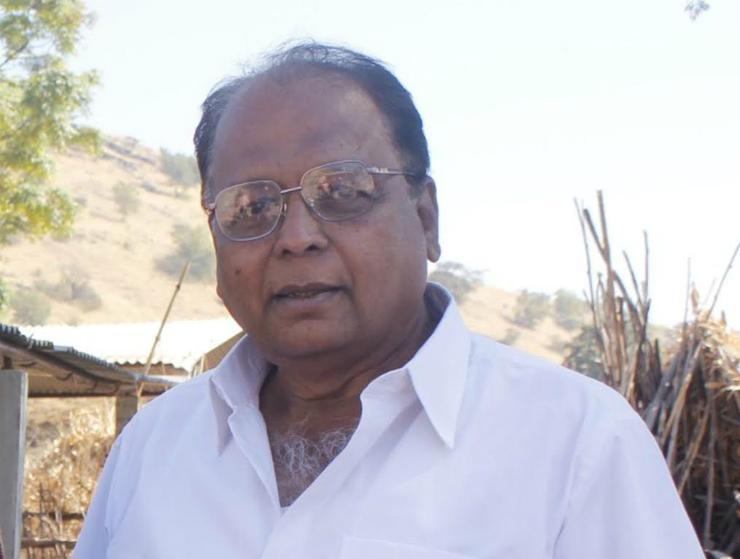 Share this
Ramdas Phutane is a well-known personality in Maharashtra. A writer, film maker, painter & poet, he has also served as MLC for six years, in Maharashtrian Politics. His humor filled speeches and his poems have always received good response from audience, all over Maharashtra. Ramdas Phutane came into the limelight with his national award winning film Samna in 1975. Thereafter he made only two more Marathi films, namely ‘Sarvasakshi’ and ‘Survanta’. While ‘Sravasakshi’ was selected for Indian Panorama in 1979 and Hong Kong Film festival in 1981, his third film ‘Survanta’ received State award for best rural film, besides winning Vasant Joglekar award for best direction.

Now, Ramdas Phutane is returning to direction after 21 years with ‘Bhagirath Sarpanch’, which is all set to release on March 4, 2016. Zee Talkies spoke to Mr. Ramdas Phutane. When asked about such a big gap of 21 years, he said, “I am only interested in making films set against rural India. For the past two decades, no subject offered to me inspired me to make a film. But, I was highly impressed by this script of Bhagirath Sarpanch. I thought, that it was the right time to make a film as it highlights caste polictics.”

About selection of cast in this film, he said that he could not think of anyone else other than Upendra Limaye and Veena Jamkar, to play the lead roles. “Upendra as an actor, has tremendous potential and so does Veena. When it comes to expressing the feelings of a woman, suffering from injustice. As I wanted the music with local feel, I opted for Sambhaji Bhagat, who is making his debut, through this film,” he explained.

Finally, when asked about inclusion of veteran politicians like Sushilkumar Shinde & Sharad Pawar as guest appearances in the film, he said, “They have expressed their views on caste and reservation issues, on television. It is always better to have their opinion in the script (of this film), as it will have greater impact.”
Tags: Ramdas Futane, Bhagirath Sarpanch Movie, Upendra Limaye, Veena Jamkar