I Decided To Present This Film, Because I Was Impressed By The Story - Mrunmayee Deshpande On Film, Anurag 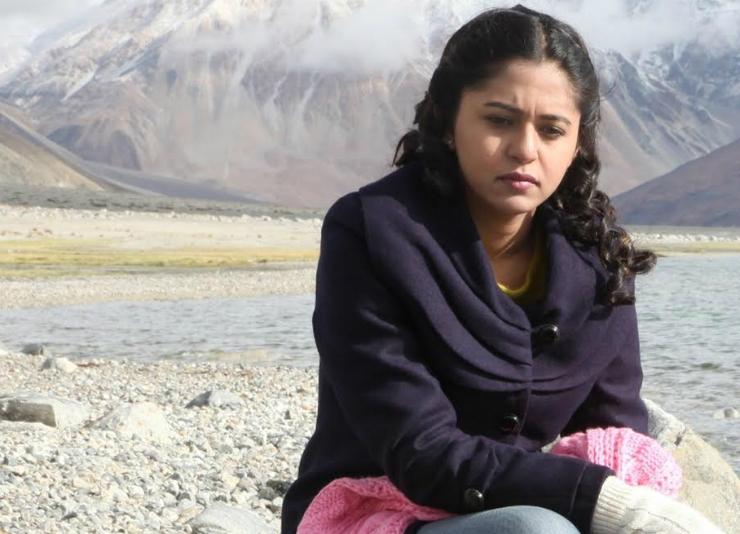 Mrunmayee Deshpande is the happiest person nowadays. Her next film, Anurag, based on different types of husband and wife relationships, is all-set to release on March 11 2016.  In this film, there are only two important characters and the film has been shot at picturesque locations of Leh and Ladakh. This being the first film to be presented by Mrunmayee Deshpande, under her own production company, there is lot of curiosity about this film.

The film presents a situation in the life of a couple, when there is a cold war between them. What alternative they find to solve this problem, is what the story of this film is about. Dr. Amnrish Darak, a practising surgeon is penning the script and directing the film. The film stars Mrunmayee Deshpande and Dharmendra Gohil in lead roles.

Suresh Deshmane who is an experienced cinematographer, has captured the beautiful locations of Leh and Ladakh through his lens very efficiently, which is evident in the first-look of this film. Another highlight of this film is that Mrunmayee has also worked as an assistant director in this film, indicating her commitment to this project, as she has also presented this film produced by RRP Corporation.

According to Mrunmayee Deshpande, the film has been shot 18,500 feet above sea level, at Leh and Ladakh. “At this place, we had to face the climatic changes, which tested our stamina and resistance power. Therefore, I would say that the beautiful ‘nature’ of Leh & Ladakh has played the third important character in our film. Best technology and an unusual theme, will be the plus points of this film,” said Mrunmayee.

She further added, “I was very much impressed by the story of this film. And, that’s how I first got associated with this film as an actress. Thereafter, I started getting involved with the work of each and every member of the team. And, therefore, I took a decision to present this film, under my own production Mrunmayee Deshpande Creations.”

Her work as an assistant director in this film will certainly help Mrunmayee, as she is making her debut as a director after the release of Anurag. Even otherwise, Mrunmayee had keen interest in direction since her college days, when she used to direct all the plays for various inter-collegiate competitions.