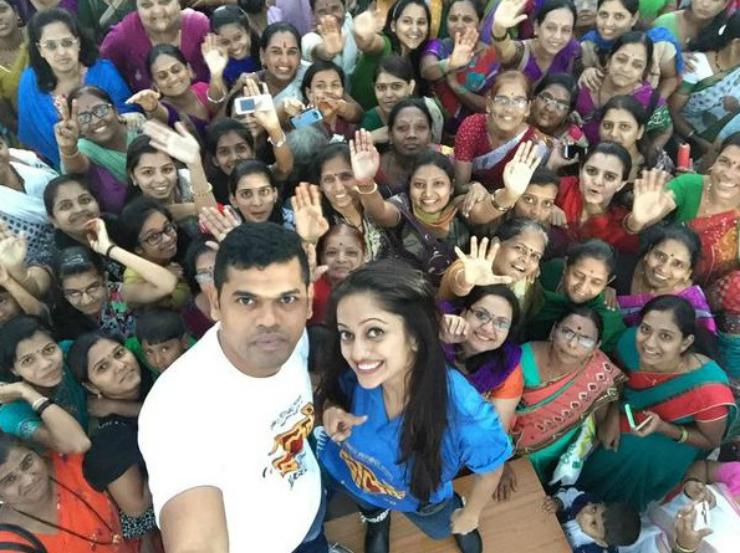 Share this
Any young actor, whether from Marathi films or Bollywood, would be delighted to meet Mr. Amitabh Bachchan. Our very own Marathi actor Siddharth Jadhav is one of them. Siddharth is a great fan of Mr. Bachchan, and during his childhood he has seen most of his films. During the shoot of his Marathi drama ‘Mee Sharukh…’, Siddharth had even shot at Mr. Bachchan’s bungalow for a scene, where he is driven out of the bungalow for trespassing! Unfortunately, Siddharth never got to meet Mr. Bachchan during that shooting.

But the opportunity came to him recently, when Mr. Amitabh Bachchan was invited as a Chief Guest for the music release of his film ‘Dholki’. So many days have passed since that day, but even today, Siddharth still talks about his memorable meeting with Big B. “He is such a wonderful person. Having reached the top position, his feet are still on the ground. He respects all the artistes and keeps track about their progress, through his own sources. Before coming for this programme, he knew about all of us. I was highly impressed by his humble nature” said Siddharth.

When we asked Siddharth about his current progress in Marathi films, he was frank enough to admit that he was not getting the desired success. I hope lady luck favors me soon. I am just waiting for it” he said with a smile on his face.

Otherwise a very hardworking and committed actor, Siddharth has always given his best through a variety of roles across different Marathi films. All that he needs now is another hit.