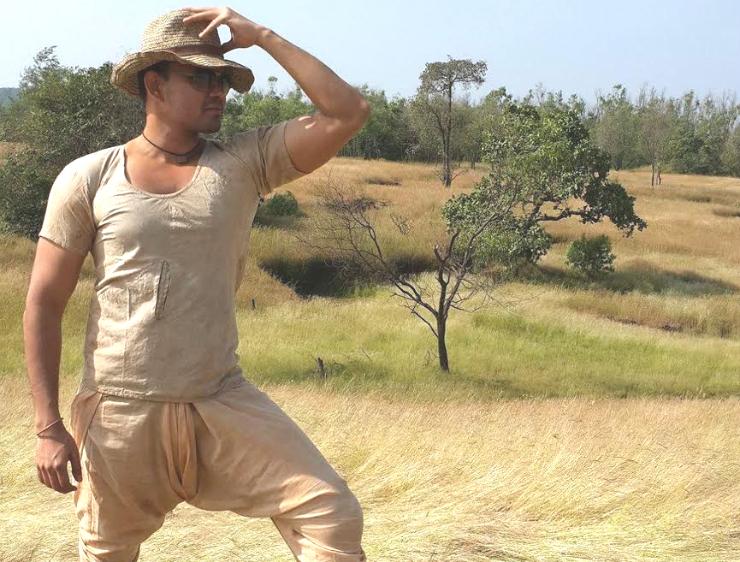 Share this
Meet Varad Chavan, the angry young man of Marathi films and TV serials. With his good height of 6’1’’, he certainly stands tall among all present heroes in the Marathi film industry. But, unlike his father, Varad instead of playing comedy roles, preferred to play the stereotypical “angry young man” type of roles, whether it was in the form of the main villain or a character.

He has played good negative roles up till now, be it a serial or film. We have seen him play a hero initially in ‘Chandrakala’ with Megha Ghadge, and then as a villain in ‘On Duty 24 Taas’. Varad has also played his part well in a negative role in the film ‘Tujhi Majhi Love Story’ and TV serial ‘Ajun Chandraat Aahe’.

Now, his film ‘Dhangarwada’, where he plays a parallel hero, is due for release around Diwali. The film, which is about the life and problems faced by the shepherd community, has already invited the attention of the Jury at various film festivals recently. Recently, we saw Varad’s photo in a snazzy looking farmer’s getup on his social networking site. When we asked whether it was his photo from the film ‘Dhangarwada’, he quickly replied, “No, no it is just a different look for a photo pose. But yes, I just wish that every farmer in Maharashtra prospers in the days to come and turns stylish.”

So, we only hope that the efforts taken by Nana Patekar and Makarand Anaspure helps every farmer prosper in the days to come.
Tags: Varad Chavan, Dhangarwada