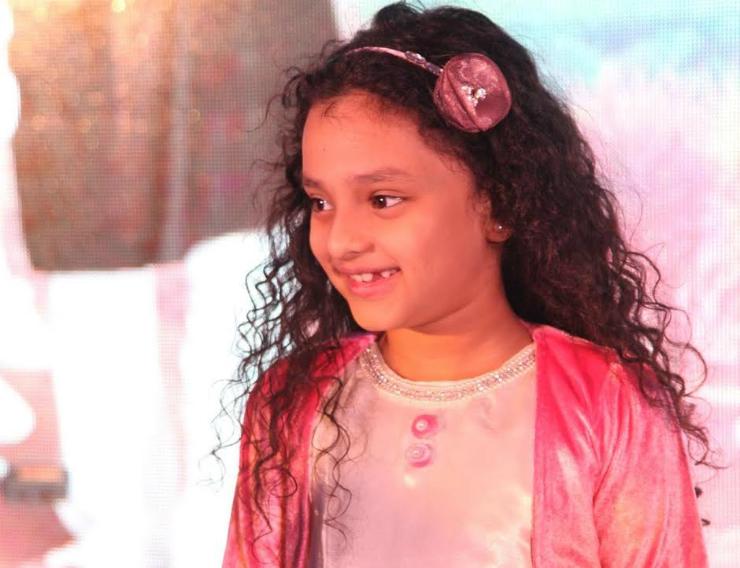 Share this
During the grand music launch of forthcoming Marathi film ‘Bandh Nylonche’ little Pranjal invited everybody’s attention when she was called on the dais by director Jatin Satish Wagle. Dressed in pink, she was really looking cute. After thanking the director, she said that she enjoyed working with him and quickly walked away. But soon after reaching her seat, she quickly returned to add, “I really enjoyed performing with Mahesh Manjrekar sir”. All those present, applauded her wonderful afterthought gesture!

After the function, Zee talkies spoke to 7-year-old Pranjal, who was with her parents and little sister. When we congratulated her after watching her performance in the first look of the film, she sported a broad smile on her face and thanked us. Pranjal is studying in Convent Girls High School, in Prabhadevi, Mumbai. “I speak in English with my school friends, but when at home there is only Marathi,” she said, when asked about her language of communication.

Pranjal has done many ad films and this is her debut film in Marathi. She has already made her film debut through 2014 film ‘Shadi Ke Side Effects’, where she played Vidya Balan’s daughter. But in ‘Bandh Nylon Che’ she certainly has better scope. At least the first look of this film clearly indicated the importance of her character. According to her mother, Pranjal doesn't watch too much television, as she is either busy with her studies or extra-curricular activities. She has no particular teacher in acting and has learned this art on her own.