I thank Vidyatai for shaping me as an actress – Mitali Mayekar 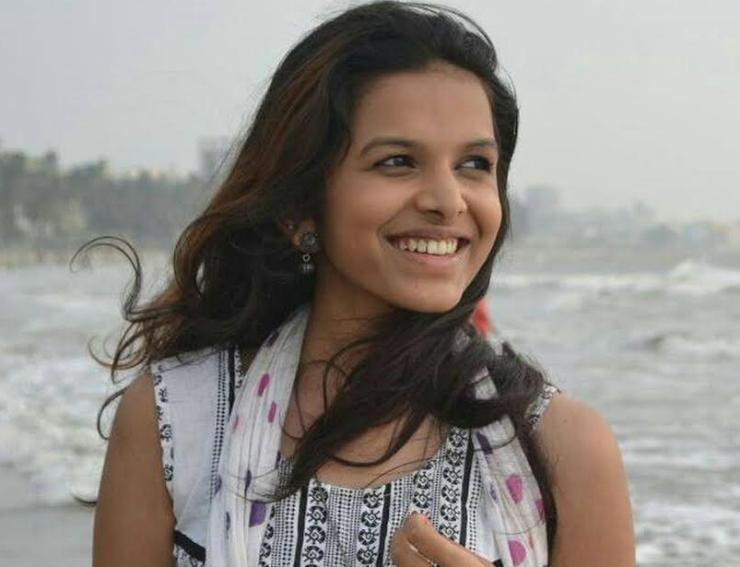 Share this
Balmohan Vidyamandir, Dadar, has given many budding actresses to Marathi television and film industry. Many child artistes, who have found roles in television serials, have been trained by Vidyatai Patwardhan, who conducts acting workshops in this school. The latest addition has been Mitali Mayekar. Having started her acting career as a child artiste, with a few Marathi serials and a role in Shah Rukh Khan and Irrfan Khan starrer ‘Billoo’ in 2009,  Mitali has now made a successful debut as a lead actress, in the hit film ‘Urfi’. Today, Mitali has become the talk of the town, as her beauty and talent have been appreciated by all those who have seen the film or the promos of this film on television.

Zeetalkies spoke to Mitali, to know more about her acting career, and the charming young actress was frank enough to admit that she came into this profession by chance. “While I was studying in Balmohan Vidyamandir School, Dadar, I just loved being at school all the time. So, when I told my parents that I wanted to visit school even on Sundays, they admitted me to dance and acting classes conducted at my school on Sundays. It was here that Ms. Vidyatai Patwardhan helped shape me as an actress. While I was in school, I performed in a few TV serials, beginning with Asambhav, where I played Sunil Barve’s daughter. Then, I got a chance to play Irrfan Khan’s daughter in Shahrukh Khan starrer ‘Billoo’. It was a great experience, as I had an opportunity to interact with a big star like him. He was very nice to me, spending his free time in my company during the shooting break. Getting into this film ‘Urfi’ was just luck. Performing the lead role was a challenge, but my training during my school days helped me to perform this character of Amruta confidently. Thanks to Vidyatai for shaping me as an actress during my early days of training,” she said.

Speaking about her experience about working with Prathamesh Parab and director Vikram Pradhan, she said, “Both of them were very encouraging. Even while watching the film during the press show, they praised some of my scenes where they felt that I had done very well.”
Indeed, Mitali has lived up to the expectations of the writer –director of the film, Vikram Pradhan, who has been all praise for her wonderful performance.

So what next for the debutant? Mitali is also a good dancer, thus increasing her chances for roles in Hindi films too. She loves to listen to old Hindi film songs and Kishore Kumar is her favorite singer. Mitali has already received two offers from Marathi, but it is too early for her to say for an actress who might just be getting even better offers soon.