I will never forget my Marathi identity – Radhika Apte 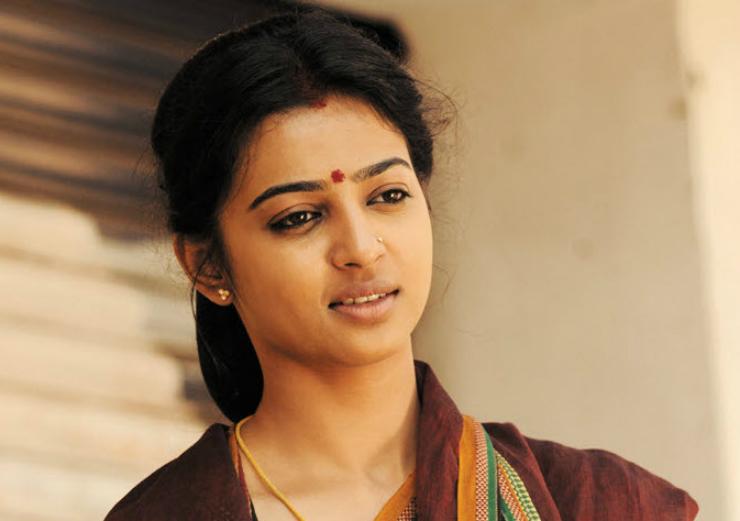 To survive the competition in any field you have to be able to be flexible. Radhika Apte is doing just that. Radhika is associated with Marathi dramas, Marathi films, Hindi films and also Short films.

We asked Radikha about her involvement in various projects - “Yes, today, one just can’t be associated with the same type of work, in films. When, I notice that there is something good to offer on stage or short films, I do it. And, this is what is going to benefit me in my acting career,” she said confidently.

Radhika is now doing a film ‘Koun Kitne Paani Mein’ with Kunal kapoor, which is ready for release. Talking about this project, she said, “This film is based on the water scarcity problem in Orissa. And, it has been presented in a satirical form, so as to create awareness about more scarcity of water, to be faced in near future.”

Not many are aware that Radhika made her debut through Marathi film ‘Gho Mala Asla Hava’ in 2009, for which she received Maharashtra State award for best newcomer of that year. Then, we saw her in 2014 successful film ‘Lai Bhari’ and Hindi film ‘Badlapur’. Recently, she performed in Marathi play ‘Pune Tithe Kaay Une’ and a famous short film ‘Ahilya’.

Radhika discussed this short film, made by Sujoy Ghose,  “It was just two days shoot and I found the script interesting. Through such short films, you can reach international audience, which is important. In ‘Gho Mala  Asla hava’, I had an opportunity to speak Konkani, which was challenging. ‘Lai Bhari’ was a typical masala film, which was entertaining. But, after that I haven’t accepted any Marathi film. Frankly speaking, there were no good offers. But, there is one offer now. It is better, not to talk about it now. First, let me check my schedule for next few months.”

When asked about her experience on stage, Radhika said, “Performing on stage gives me more energy. There is more discipline, commitment and attachment. Moreover, you receive instant appreciation. This way, I enjoy experience of every field.”

Radhika is from Pune and has established herself in Marathi and Hindi film industry. Finally, talking about her roots she said, “I am proud to be a Maharashtrian. But, once we enter this competitive field, your talent is most important. Still, I will never forget my Marathi identity.”