If there are good offers, I will surely continue to work in Marathi films - Suzanne Bernert 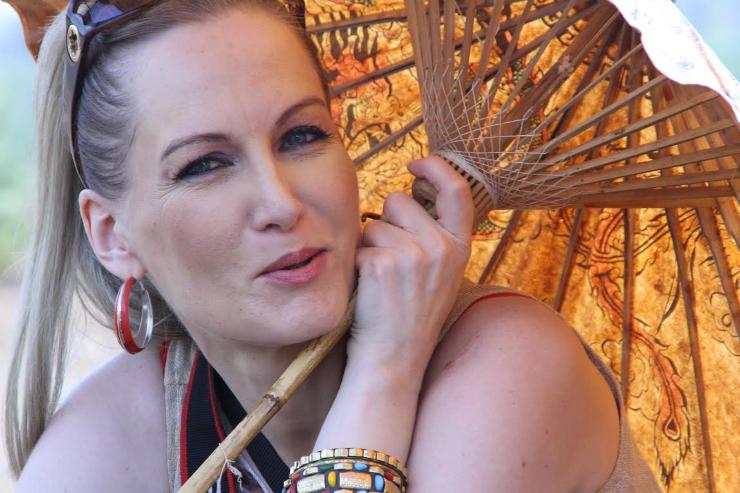 Share this
You must have seen her on Hindi television in many serials. Presently, she is playing an important role in Colors Hindi’s ‘Chakravartin Ashoka Samrat’. Suzanne has already performed in Hindi films like ‘No Problem’, where she played Paresh Rawal’s wife and Makarand Deshpande’s film ‘Shahrukh Bole Khubsurat Hai Tu!’. What is also important is that Suzanne has also performed in Marathi films like ‘Dusarya Jagatil’ and ‘Gallit Gondhal Dillit Mujra’. She is now playing an important role in forthcoming Marathi film ‘Than Than Gopal’ which will be released at the end of this month.

It was a pleasure to watch her speak good Hindi and a few sentences in Marathi during the music release of her film ‘Than Than Gopal’. Suzanne was all praise about the artistes and director Kartik Shetty; but couldn’t comment much on the film. When she was asked whether the film would win awards at the International film festivals, she said,  “I have not seen the film yet, though it is complete. Hence, I will not be able to tell you how it has been presented and whether it is festival kind of a film. But I can tell you one thing - that I really enjoyed working with all the artistes in this film and the director. The film has a comedy genre with a social message,” she said.

Suzanne is passionate about acting and has completed her professional acting course in Germany. So besides the Bollywood actress showing interest in acting in Marathi films, we have a German actress who is also keen on playing good roles in Marathi. Suzanne is married to Hindi actor Akhil Mishra.

Tags: Suzanne Bernert, Than Than Gopal