Music of the film should take the story ahead: Rahul Ranade 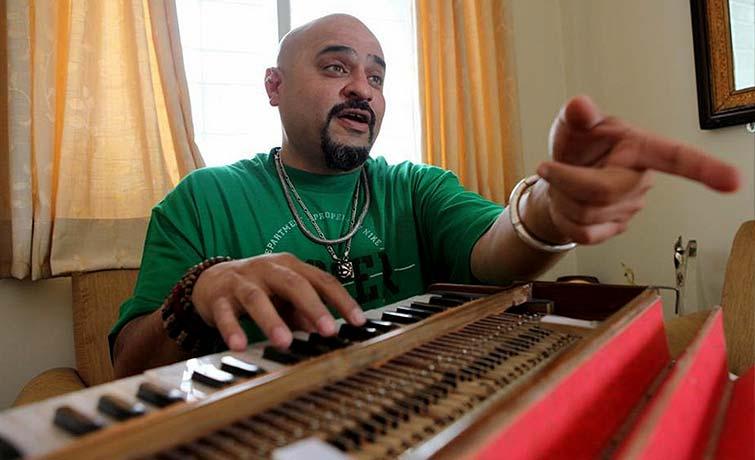 Share this
According to ancient philosopher and mathematician, Plato, "Music gives a soul to the universe, wings to the mind, flight to the imagination and life to everything." Today, when we listen to music in different films, we realise the importance of hard work put in by the music director, in composing music for songs or offering background music, to make the film’s screenplay more effective.
Zee Talkies spoke to one such master creator of music with almost 30 years of rich experience, as a music director in Marathi and Hindi films. Rahul Ranade has got such a perfect sense of music, which is  ideally suited to the story of the film. Be it theatre, music, films or events; he has excelled in every department of this entertainment industry. It is because of his training in Indian classical music and wide knowledge about western music; has enabled him to become a unique music composer and designer.
Since the beginning of his career, Rahul had the influence of people like Dr.Mohan Agashe, Dr.Jabbar Patel, Ms. Sai Paranjape, Rajdutt and Ketan Mehta. Prior to his entering into films, Rahul was associated with Marathi play ‘Ghashiram Kotwal’ and has also toured many places. Rahul’s film debut in music  was through Sai Paranjape’s 1995 film ‘Disha', where he scored background music, followed by his debut in Marathi through Mahesh Manjrekar’s film ‘Aai’. Since then, Rahul has given music for 12 films of Mahesh Manjrekar, including ‘Astitva’ ‘Vastav’(in Hindi) and a recent hit like ‘Kaksparsha’. His forthcoming Marathi film is ‘Dr.Prakash Baba Amte’, which is scheduled for release on 10th October 2014.
Rahul gives equal importance to background music and feels that it is the most important area of the film. "If the background music is ideally suited to the story of the film, it enables to create an impact on the audience. If I have to provide background music to any film, there will be meetings with the director, to decide about the required effects in different scenes. In fact, this is more challenging than offering music to the songs," says Rahul. As regards his experience as a music director, he believes in making a song so effective through music that it should take the story ahead in the screenplay.
Unlike some of the music directors, Rahul doesn’t believe in creating a bank of ‘tunes’. In short, he does not believe in offering readymade music. "The real essence of the music is felt, when it is composed after studying the situation or the scene, in the story of the film," says Rahul. Actually, it was because of Rahul’s music that a suitable ambience was created in the period film ‘Kaksparsha’. When asked about his forthcoming film ‘Dr.Prakash Baba Amte', Rahul was all praises for the excellent team work. "Both Nana and Sonali have given
brilliant performances. In this film, there is a prayer composed in the background, through which you get an idea about the dedication and sacrifice of Dr. Prakash, in carrying forward his father’s work in the ashram. Guru Thakur has penned beautiful words in this prayer.”
Rahul openly admits that he got this film on the recommendation of Nana Patekar, who is his good old friend. "Nana has a lot of confidence in my work. During the recording, he used to take keen interest and even attended sessions with me to suggest changes wherever required. He has a terrific sense of music,” concluded Rahul.