Meaningful films are 'a must' in Marathi - Hemangi kavi 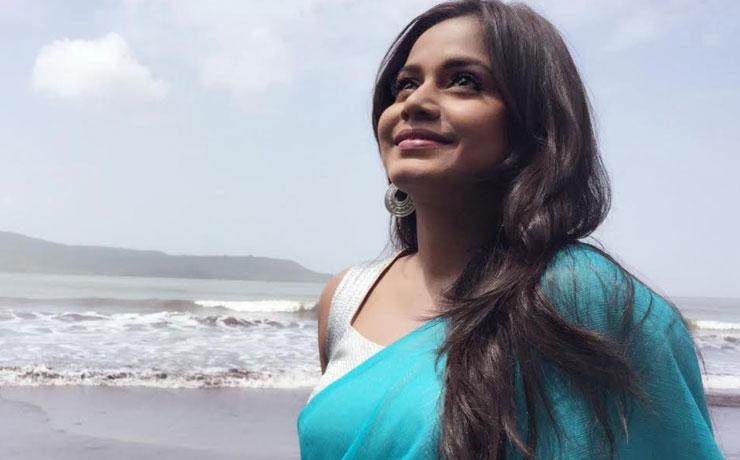 Share this
For the past 7 – 8 years, Hemangi Kavi has established herself in her acting career, through Marathi stage, television and films. Recently when we met her, we spoke to her about Marathi films and she said, “There are many films being produced in Marathi but I would like to invite the attention of all to the following three to four important things. Firstly, all those films produced and even some of those censored, do not necessarily get released. Seven of my films, which are complete are yet to be released. I am anxiously waiting for their release. They are ‘Pizza’,’Munne’, ‘Dombari’,’Gadad Jambhal’, ‘Anatrdaah’ , ‘Saheb’ & ‘Vadhdivsachya Hardik Shubhechha’. But, my film ‘Bhootkaal’ will be released soon. I feel that meaningful Marathi films are well accepted and I don’t agree that a film which does a lot of publicity, is always successful. It is true that promotion is required to reach a wider audience. I am putting in thoughts for Marathi films from all angles and I consider myself as part of this medium and business.”

When asked more about her film ‘Bhootkaal’, she said, “This is a horror film and I feel that it is necessary to release such horror films in Marathi. Long ago, there were some films like ‘Asich Ek Ratra Hotee’ and others, which were horror films. In Hindi, we regularly see, release of horror films and such horror films, do find their own audience.”

At present, Hemangi is just waiting for the launch of her play ‘Tee Phoolrani’. She feels that it is a big opportunity for her to play such a role.