Muhurat of 'Family 420' held in presence of Rakesh Roshan 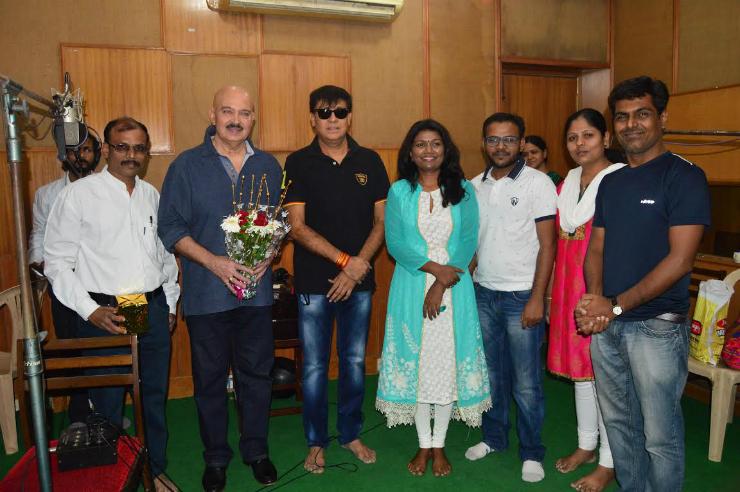 Share this
More and more Bollywood personalities are now days attending functions of Marathi films. When Lavanya Productions & Creations launched their new film ‘Family 420’ recently, they invited Bollywood producer –director Rakesh Roshan as the Chief Guest for the muhurat of their film. Produced by Dev Raj, the film is directed by Santosh Gaikwad. As indicated in the film’s title, it will be a comedy film.

Rakesh Roshan, who was given a chance to hear the songs of the film, was all praise for them. The songs are rendered by Bela Shende, Avadhoot Gupte, Vaishali Made and Sudesh Bhosale, on the music of Sushil Pendhari. The film stars Vijay Patkar, Vijay Kadam, Bhushan Kadoo, Sunil Pal, Harshada Patil, Sukanya Kulkarni and Geeta Nikharge in important roles. The other artistes and technical people will be finalized soon. The shooting of this film will begin next month, i.e. in January 2016.