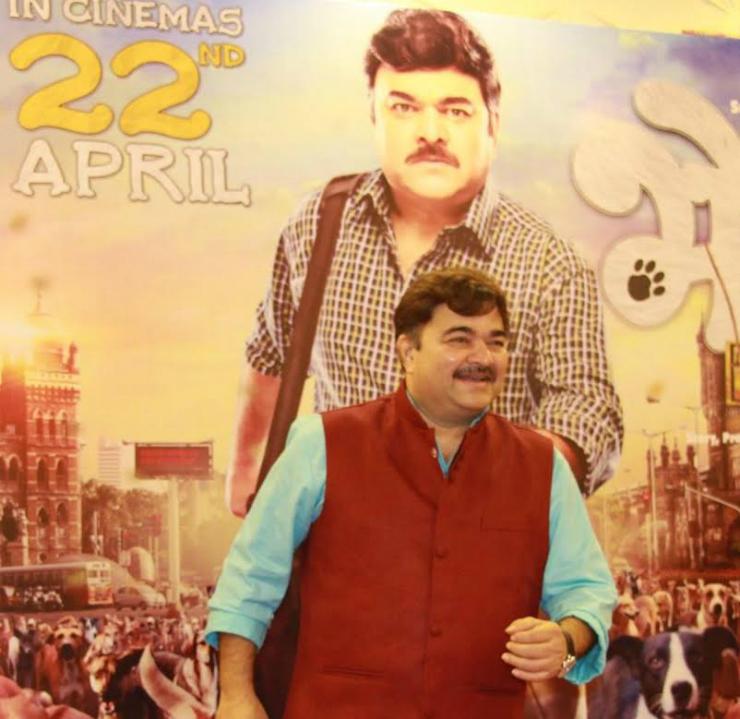 Share this
Filmmaker Bharat Gaikwad’s most awaited film Bhobho is all set to release this Friday. And all eyes are on Prashant Damle, who is making a comeback into Marathi films, after a long gap of 17 years. Recently, we saw Prashant playing a small role in the film Mumbai Pune Mumbai-2 but Bhobho was the film he had signed before, as his comeback film. In this film, Prashant is playing the central character of Vyankatesh Bhonde, the private detective, who investigates the role of a pet dog, in the murder of his owner.

When we met Prashant, during the press conference of this film, the first question to him was a tricky one. He was asked “who else, according to you, would have played the role of Vyankatesh Bhonde in this film, if you  had not played it?” And, the actor known for his spontaneous humor, quickly said, “I very much wanted to play this character, after it was offered to me and hence just could not think of anyone else in that role.” Initially, before the start of the press conference, he did make a remark saying, “After a very long time, I am meeting Marathi film journalists. And, it will be a pleasure talking to many of those who are new to me.”

Speaking about the film, he said, “Never before in my acting career in films, I had seen a hard bound ready script, which was offered to me for reading, before signing this film. And, this impressed me a lot.” Prashant also narrated some fun-filled moments during the shoot and said that he really enjoyed playing this character of a detective. “It is the best role, I have been offered in Marathi films, so far”, he concluded.
Tags: Prashant Damle, BhO Bho Marathi Movie, Bharat Gaikwad, Sanjay Mone, Subodh Bhave