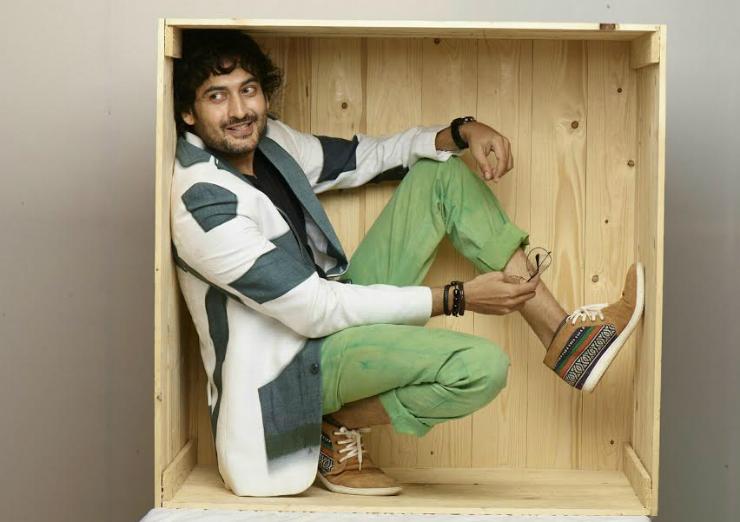 Share this
Those who saw the film were rather surprised to see a handsome young man, playing the youngest uncle of the teenagers in the recently released ‘Rajwade & Sons’. In fact, his entry in the film itself was planned to generate interest in this family social entertainer. Producer Atul Kulkarni and director Sachin Kundalkar had deliberately planned to keep Amitriyaan away from the film’s promotion. Even on their social networking site too they avoided uploading his photo!

To know, more about this plan of the film maker, Zeetalkies spoke to Amitriyaan. The soft spoken, dashing actor quickly reacted, “My presence was hidden for the benefit of the film.” Speaking about his role, he said, “Actually, when I was offered the role of Vikram in this film, I thought that I was just one among the youngsters in the family. But, later I realized that it was a very challenging role, with a lot of responsibility to be shouldered by this character. It was a nice experience,” he added.

Amitriyaan is originally from Akola, Vidarbha region of Maharashtra and has done his Engineering in Polymer Technology. Later, he did his specialization in Advertisement & PR from Mumbai and even worked for a few days for a company. But as they say, the real interest of the person drives him towards it; so Amitriyaan landed into acting eventually. Initially, he worked on a few projects, but ‘332’ and ‘Satya 2’ gave him a break in Hindi films. Before that, his film debut through Marathi film ‘Manya The Wonder Boy’, got him the ‘Best Debutant of the Year’ award in 2011.

So it was surprising to see as to why he went unnoticed by Marathi film makers for the past few years. When we asked Amitriyaan about this, he politely said, “I don’t think so. Sometimes, if your debut film doesn’t do well, you are likely to remain unnoticed. I did receive offers from Hindi and I did those films. Sometimes, a particular role played by you suddenly comes to the notice of the audience and other film makers. I consider it luck.”

When asked about his future projects, he said that presently he is doing an international project, where he plays a Pakistani terrorist, along with actor Rahul Dev. “This untitled film is being made by Ukranian film maker Daria, who has done a lot of research before starting this film. We have an Indian producer for this film and presently, I am busy shooting for this film,” he concluded.