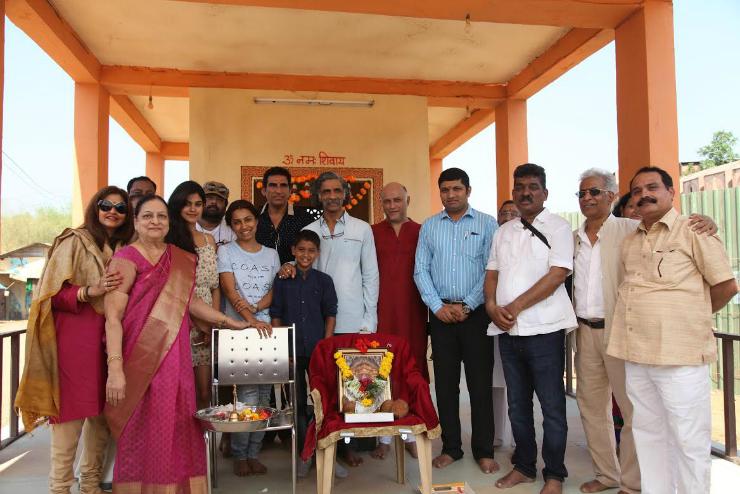 Share this
Besides being a renowned art director of Marathi and Hindi films, Nitin Chandrakant Desai has also tried his hands at production and direction. Nitin has also performed in films like Hello Jai Hind and Balgandharva playing the roles of a hawaldar and Lokmanya Tilak respectively.  Till now, he has always tried to offer something different. Now, through his forthcoming Marathi film Truckbhar Swapna his dream will come true, as he is producing this film in a big way. Recently, the launch of this film was held at his ND studios, Karjat, in presence of his dear mother and filmmaker Kanchan Adhikari, as chief guests. On this occasion artistes of this film were present.

To be directed by Pramod Pawar, the film stars Makarand Deshpande in the lead role, along with Kranti Redkar, Aditi Pohankar, Mukesh Rishi, Yatin Karyekar, Smita tambe & Suresh Bhagwat. The film’s story is written by Prashant Khedekar and revolves around all those people who come to the city of dreams, Mumbai, to pursue their dreams. Having already gained enough of experience by producing films like Hello JaiHind, Ajintha and Balgandharva, Mr. Desai wants to offer something different this time, through Truckbhar Swapna.