Now I am focused on promotion of 'Guru' – Ankush Choudhari 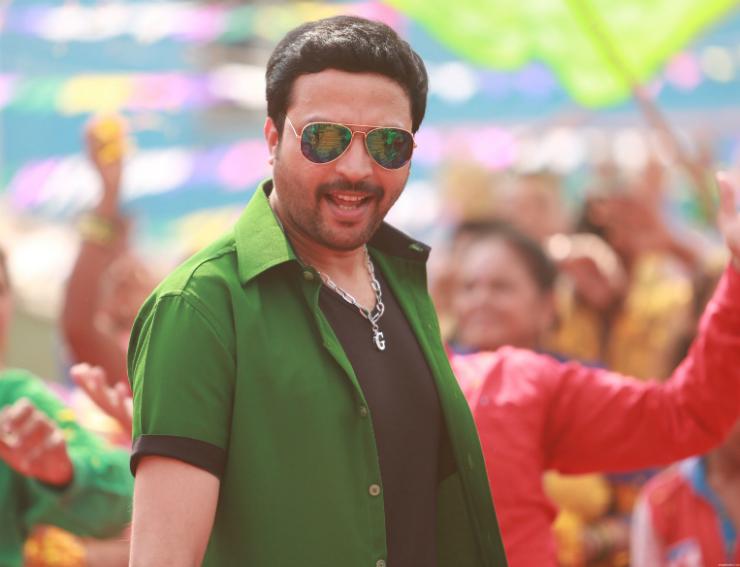 Share this
Ankush Choudhari is on cloud nine. The success received for his last two films has made him the most popular hero at present. You can notice this through his body language and number of photographers rushing to click his photos wherever he is noticed.

When we asked Ankush about this during our recent meeting, he quickly responded with a broad smile on his face, saying “Yes, I am excited at present. However, that excitement is for my forthcoming film ‘Guru’ directed by Sanjay Jadhav. It would not be proper to reveal the central idea of this film now. But for the next one month, I am going to give my full time for the promotion of this film. The beginning has already been made in Mumbai. Then, I will go to Pune and other cities. As there is big competition now days, promotion of the film plays a very important role. It is a different thing, how the audience would react to this film, after watching the same. But, I feel that our duty is to reach out to maximum people, so that they are conversant with the title ‘Guru’ of this film and its release date, i.e. 15th January 2016.”

Still one question remains- which is his next film? The tall and stylish actor quickly reacts, “Believe me, there is not a single film with me besides this film. Actually, while doing ‘Dagadi Chawl’ I had decided not to be in hurry to accept more than one film at a time and that too, only solo-hero films. Personally, I feel that instead of getting completely involved with only films all the time, I should also find time for other things in life.”

Now, looking at these three recent films, it is observed that as a solo hero, he performed only with three select actresses like Mukta Barve, Pooja Sawant and Urmila Kanetkar Kothare. But Ankush has a simple answer- “All three of them were director’s choice.”