“Performing in 'Killa' was a great learning experience” – Parth Bhalerao 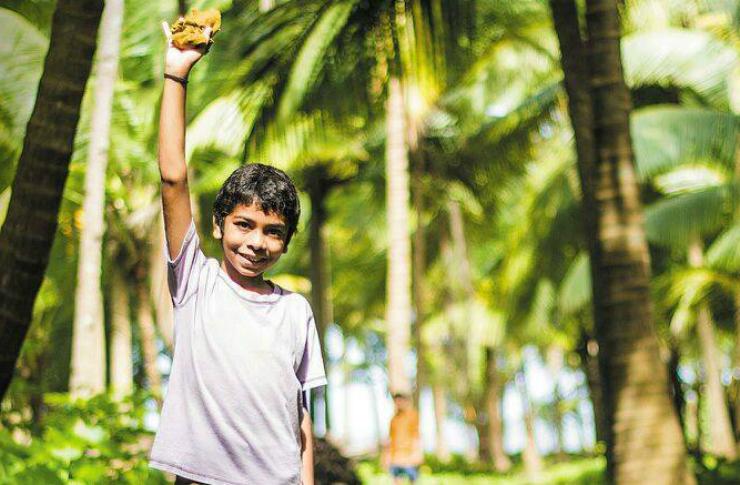 Share this
Those who have seen the film ‘Killa,’ can never forget the character of Bandya, the little mischievous boy who created all that humour in this film. Though he has not played the central character, he steals the show with his wonderful performance in this film.

It was a pleasure talking to Parth Bhalerao when we met him recently during an event of this film. When asked about his studies, he said that he had just passed SSC exams with 64% marks, which was worth appreciating. When Parth was selected for a role in the film ‘Killa’, he was studying in 7th standard at Pune’s New English School, Rambaugh. He has also been part of Mr. Ravindra Satpute’s theatre group since his childhood days.

After shooting for ‘Killa’, Parth also had a big offer of working with Mr. Amitabh Bachchan in the film ‘Bhootnath Returns,’ which released before ‘Killa’ last year. Besides talking about the fun-filled time during the shooting of ‘Kila’ along with four other boys of his age group, Parth was all praise for the director Avinash Arun. “He is a wonderful person, who has lots of patience. We never saw him losing his temper during the shooting. Even if he had to go for retakes he kept himself cool,” said Parth.

Parth was also all praise for Mr. Amitabh Bachchan, when inquired about his experience with the big star. “There were so many good things to learn from Amitabh Sir. First thing was about his punctuality and then his humble attitude towards his co-stars during the break. Even while shooting, he always made me feel comfortable. In fact, during my introductory meeting with him in his vanity van, he had told me that during the shooting, I should be treating him like a friend. That boosted my confidence,” he concluded.