Shooting Of Nivdung In Progress At Film City 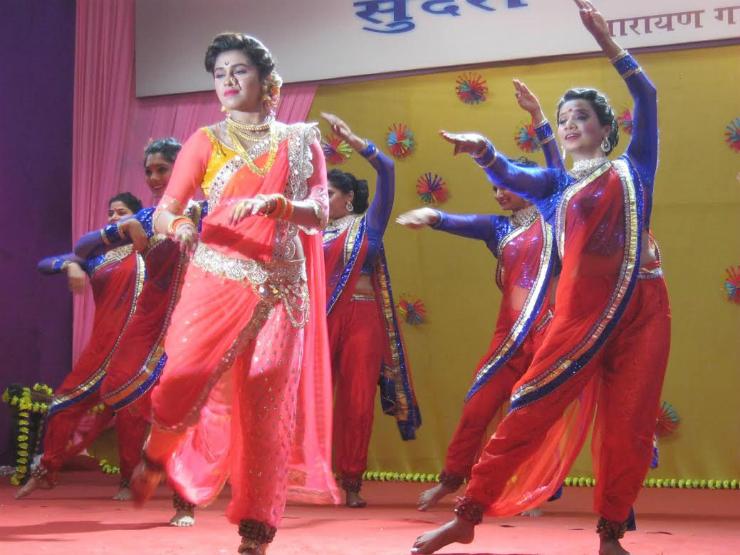 Share this
Drought situation in Maharashtra is worsening day by day. Forthcoming Marathi film Nivdung throws light on one such issue related to farmer’s suicides, questioning as to why the help given to deceased farmer’s family cannot be made available to him, when he is alive. Produced and directed by Munavar Shamim Bhagt, this is his debut film in Marathi, after producing some films in Hindi.

The first shooting schedule of this film is already over in Shirdi and the film maker is now busy with second schedule of shooting at Film City, Mumbai. Recently, he filmed a Lavani song on lead actress of this film, Sankruti Balgude, which was rendered in the voice of Urmila Dhangar. The lyrics of this song, which describe the social issue, have been penned by Zaheer Kalam on the music of Rafiq Shaikh. The dance performed by Sankruti was choreographed by Meghana Sampat.

In this film Bhooshan Pradhan plays the lead hero opposite Sankruti Balgude. The other artistes of this film are Sara Shravan, Astaad Kale, Prajakta Dighe and Shekhar Phadke.