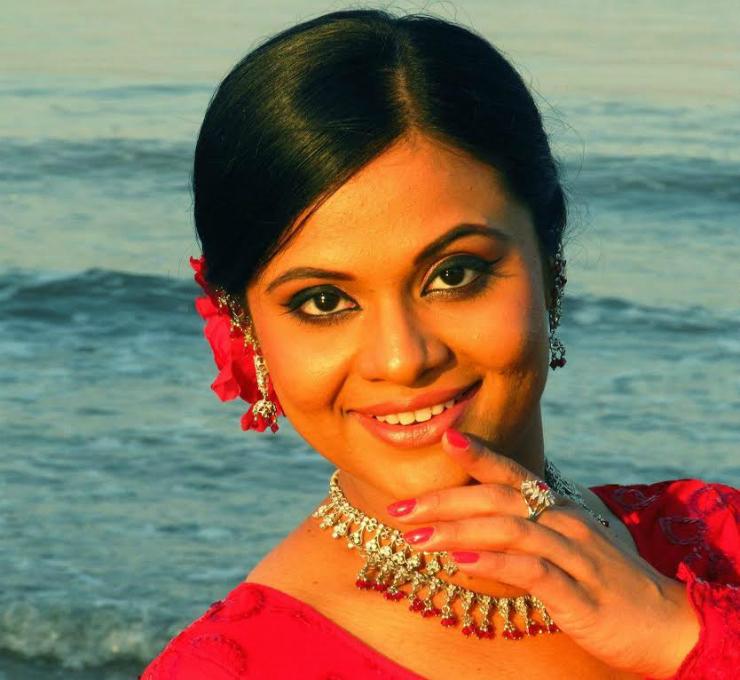 Share this
Every artiste has his or her happy moment during their careers. So, what was that special time for actress Aditi Bhagwat? In the year 2002, Aditi made her debut in films, playing the wife of Bharat Jadhav, in R. Radhaswami’s film ‘Chalu Navara Bholi Naiko’. Now, after so many years, she has got an opportunity to perform with Bharat Jadhav in two films! Recently, when we met her, she spoke about these two projects.  “Yes, to perform with Bharat once again I had to wait for so many years. Actually during this long period, I did very few films like ‘Sixer’, ‘Sumbaraan’ in Marathi and ‘Traffic Signal’ in Hindi. In ‘Traffic Signal’, I had performed an item number.”

She further continued, “All these years, I was busy performing dance shows of Classical and Lavani forms all over the world with my group. I was enjoying this a lot. Therefore, I did not feel at any moment that I was away from films. Though I performed in few films like ‘Sumbaran’, I did not want to be typecast with similar type of roles. At the same time, I was keeping myself updated with the progress in Marathi films.”

When asked about the type of roles she was doing in her forthcoming films, ‘Shaasan’ and ‘Stepney’, she said, “In both these films, I am playing the wife of Bharat Jadhav. But both these characters are totally different. ‘Shaasan’ is a political film and I am playing a Mill Union leader in this film. In ‘Stepney’, I am playing the character of Damini, who is a dominant woman. But, in real life I am not a dominating woman. Ajez Nasar from Hyderabad, is the director of this film. he was very particular about acquiring my dates for shooting and perfectly planning my shooting schedule accordingly. And, therefore, it was easier for me to prepare myself. If, our Marathi films are going to be made in this style,. I would really love to work with more Marathi films,” she concluded.