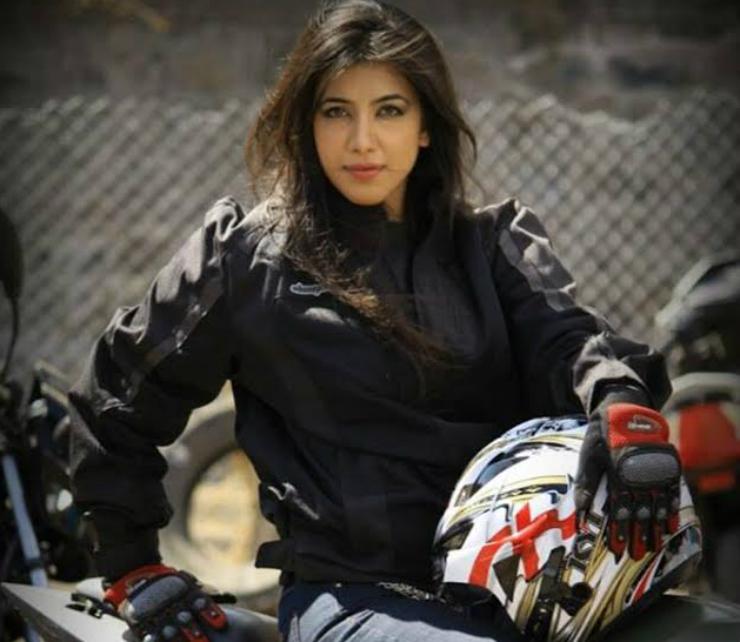 Share this
As a film actress, she was first noticed in Sagar Ballary’s debut Marathi film ‘Bhatukli’, where she played the mod daughter of Ajinkya Deo. Tanvie Kishore or Tanvie Parab, as you may like to call her name, spent her childhood in places like Dubai and Bahrain, before coming to India to study. She landed into acting by accident, when Balaji Telefilms found her suitable to play the role of a NRI girl in their serial ‘Majhiya Priyala Preet Kalena’. In between, she did some modeling assignments as well.

Recently, we saw two of her films release one after the other. They were ‘Biker’s Adda’ and ‘Veeraat Veer Maratha’. While in ‘Biker’s Adda’ she played second lead, Tanvi had lot of scope to play a lady biker, performing stunts and high on action scenes. While this role was filled with adventure, her role in ‘Veeraat Veer Maratha’ was totally different, though it was a female lead role. But, Tanvie enjoyed doing ‘Biker’s Adda’; she certainly suits well in the roles of a dynamic street smart young woman, because of her gifted personality.

Recently, when we met Tanvie, we asked her about this adventure filled role and whether she had actually driven a bike. The tall, beautiful, young lady quickly replied, “Yes, I really enjoyed playing this dashing character of a girl, who is a close friend of the hero. By the way, I am a biker in real life and just love to drive a motor cycle with full speed. I have a craze for riding Bullet Classic 300 & Thunderbird 500. Therefore, I have myself shot all the scenes on the bike and even suffered an injury when my bike skid on the side of the road while taking a sharp turn; that kept me away from the shoot for some time. But, it was a thrilling experience,” she concluded.