To be a film maker is a big challenge - Mrunmayee Deshpande 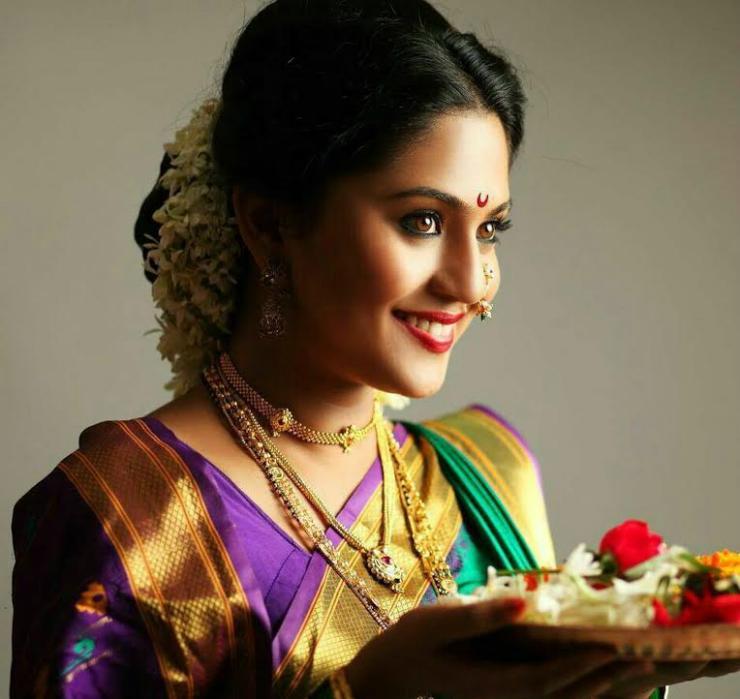 Share this
After getting considerable experience in the field of acting, it is the wish of some actors to make a film. Mrunmayee Deshpande is one of them. She has already formed her own production company under the name “Mrunmayee Deshpande Creations”, through which she will be presenting her first film ‘Anuraag’.

We met Mrunamyee during the poster launch of this film, when she spoke about her new role. “Yes, to be a film maker is a big challenge and I have accepted this challenge. Now, I am very keen to know how the Marathi audience would respond to my film ‘Anuraag’. Only then I will come to know, whether I am moving in the right direction. But, let me say one thing. I was very impressed by the story of this film, when Dr. Ambarish Darak narrated it to me; the tale of unusual interaction between husband and wife. After that, I totally got involved into this project. We shot this film at Leh – Ladakh, 18,500 feet above sea level and got connected with the beauty of this picturesque location. This natural beauty captured through the camera, will represent an important character in this film. The film’s subject is for matured people, but I am sure people from all walks of life will get connected with the subject of this film; everyone except for children, as they will find this subject heavy to digest. After release of this film on January 21, 2016, I will begin my new project ‘Atharava Oont’ to make my debut in films as a director.”

When asked as to how she gained the confidence of taking this step, Mrunmayee replied, “During my college days, I used to direct plays for my college team while taking part in inter-collegiate competitions. I have also done lot of script writing. While shooting for ‘Anuraag’, I realized that it was right time for me to direct a film on my own. ’Atharava Oont’ is also a film on husband-wife relationships. After ‘Atharava Oont’, I will also direct one more film. But now I don’t want to speak much about this project. I would only say, that this is a trilogy,” she concluded with a broad smile on her face.
Tags: Mrunmayee Deshpande, Anuraag, Atharava Oont