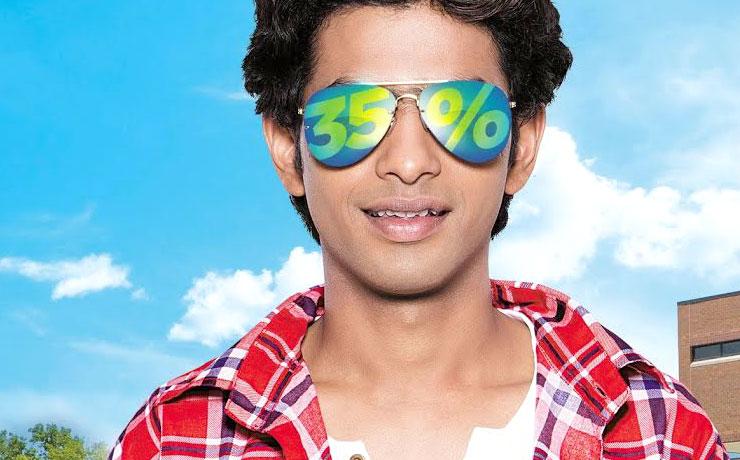 Share this
52 Friday Cinemas and Dreamsellers Entertainment have officially released the teaser of their forthcoming Marathi film ‘35% Kathavar Pass’ directed by Satish Motling, who has earlier made films like ‘Agadbam’,’Matter’,’Priyatama’ and ‘Powder’. The highlight of this teaser is the new look of Prathamesh Parab, in specially designed costumes. After making his presence felt, in films like ‘Time Pass’ and ‘Urfi’, Prathamesh has already gained lots of followers. Therefore, his new look in this film, is also likely to invite all the attention.

The film is dedicated to all back benchers in schools and talks about such people, who just manage to score 35% marks in SSC exams, but later turn out to be successful people in their respective careers. Apart from Prathamesh Parab in the lead role, the film stars young Bhagyashree Shankpal, who had earlier worked in ‘Balak Palak’, Yashoman Apte  young  stage actor, Aayli Ghiya, Sanjay Narvekar, Madhavi Juvekar, Sushant Shelar, Neha Pendse, Vijay Patkar & Bharat Ganeshpure. Music by Samir Saptiskar, Pankaj Padghan,Choreography by Umesh Jadhav , Costumes by Shilpa Koyande di LUCIA Studioz and cinematography by a team of three cameramen Chetan Chavan, Rahul Motling & Amey Pawar are the other credits of the film. The film will release on May 20, 2016.